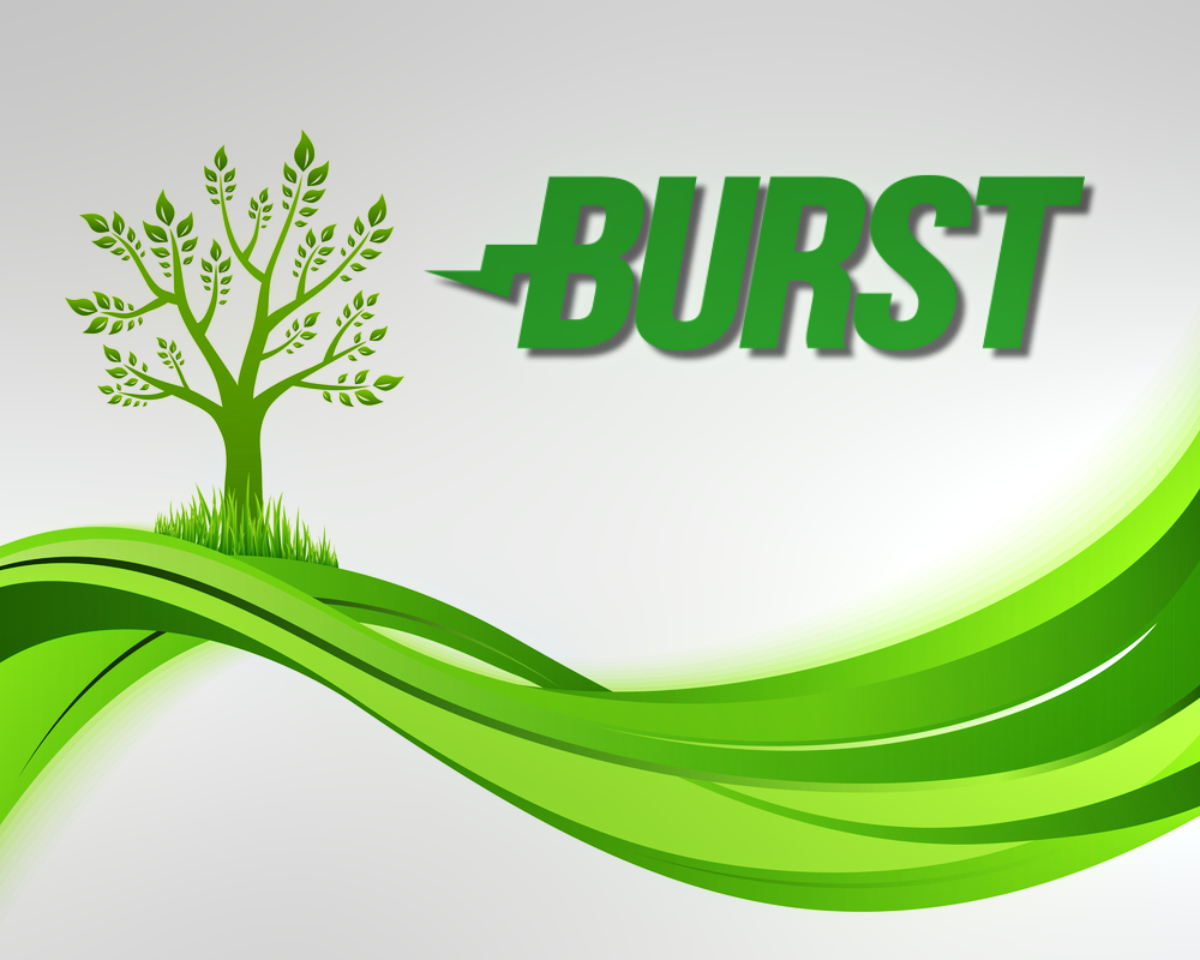 The University of Cambridge Centre for Alternative Finance estimates that Bitcoin now uses an average of 130.9 terawatt hours of electricity every year. For comparison, the entire UK uses around 300TWh a year and Norway 124TWh a year. In fact, Bitcoin uses more electricity than the entire country of Switzerland. This is why Burstcoin should be adapted as the cryptocurrency of the future because it has such low energy consumption.

It’s estimated that a single Bitcoin transaction has the energy footprint of 100,000 Visa transactions.

China is the biggest Bitcoin miner, and about two-thirds of the country’s electricity comes from coal. Imagine, the amount of carbon emissions created by Chinese Bitcoin farms churning out their pollution day in day out?

Burstcoin, however, is a hugely underrated cryptocurrency, which is amongst the most eco-friendly currencies in energy usage terms. Where Bitcoin and other cryptos take up huge amounts of energy to mine adding to emissions and pollution, Burstcoin is mined via hard disk space, which is a very low cost, energy efficient way of mining.

PROOF OF CAPACITY Vs PROOF OF WORK 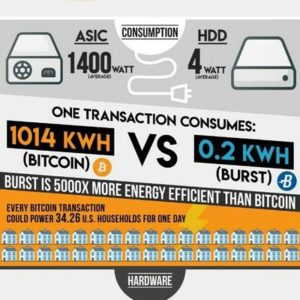 Proof-of-Capacity (PoC) is a consensus mechanism algorithm used in the Burst blockchain that allows the mining devices in the network to use their available hard-drive space to perform the mining process.

In a Proof-of-Work system, the network of transactions is secured by performing an insane amount of computations every second in order to validate each block. This is why you have to use hardware like powerful CPUs, GPUs or ASICs to mine.

This leads to downsides like high electricity consumption, heat and noise, the need for specialized non-reusable hardware and centralization of the mining process by big corporations.

Burst mining solves all these problems (including ASIC-resistance) by allowing HDD mining – miners secure the network with their disk space. It can be seen as a “condensed Proof-of-Work”: you compute once (a process called plotting) and cache the results of your work on hard-disk space. Then mining only requires reading through your cache – your HDD is idle most of the time and reads through the plot files only for a few seconds for each block.

Burstcoin can be bought from trusted crypto exchanges here