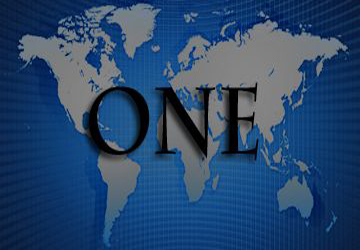 Seated deep within the Alps, this research facility, although steeped in secrecy, is conducting futuristic studies on intelligence enhancement, on the variables within the human race on a genetic level, and other controversial subjects.

In today’s world, we are now living on a planet globalised to a point, yet there still needs to be much work done on integrative values. There is still a lot of factional marginalisation, racial inequality, resulting in conflict, socially as well politically.

How can integration globally succeed without first understanding humanity’s initial flaws, its myriad of differences, and accepting these qualities?

“The left wing socialists are supposed to be inclusive, and run the majority of the media. These groups are forcing their globalist agenda of multicultural love across all borders and integration of all peoples together. We have analysed the many variables involved in this agenda and have encountered many questions as well as hypothetical answers to the problems found.

“For example, amongst Eurasians, if one shows a median group, footage of black people whilst they are hooked up to ECGs and blood pressure monitors, there is an immediate elevation in stress levels, in most cases bordering on extreme aggravation, fear and anxiety. We then asked this group of people why they had these reactions. In most cases, the reply was of fear of violence, aggression, theft, discord, and a drop in quality of life. We wanted to see if these fears were hereditical, or environmental, or the causes of media exposure. We also wanted to discuss global IQ, and measures to address discrepancies.

“There were many factors to this adverse reaction. Even though we had assembled a group of people from all spectrums of the political and social sectors, there was a deep seated reaction of negativity, even amongst the so-called inclusive, progressive socialists.”

One socialist individual was asked about their reaction: “I love all races of people. I cannot understand my reaction. I am shocked.”

We asked them: “Suppose you are walking alone in a darkly lit street and a pack of large black males wearing hoods comes towards you shouting and being loud. Do you see this as pleasing, non confrontational behaviour or as unsettling/fearful/dangerous?

“As a white male I would feel fearful even though I would welcome all black people into my home, and all nationalities or creeds.”

“Why would you feel fearful? What is the initial thought process, or trigger for your fear?”

“Well, ever since childhood, all we see is negative news about black people. They are enraged quickly, they have huge chips on their shoulders, and even though we have affirmative action in some countries, it is not enough because the majority are disenfranchised and angry at white people or other more successful races. Blacks are not only viewed as having sub-par IQs but are needlessly violent, they thieve, they rob people and most murders and gun crime is attributed to them. Statistically, blacks commit more crimes than any race.”

“When you say sub-par IQ, what do you mean by this specific statement?”

“Well, the majority of scientific studies created have encountered the uncomfortable data that the negroid race, particularly amongst sub-Saharan people have an average IQ bordering on 68, which in the West would be reserved for mentally retarded people. We politically correct socialists shut down any scientific discussion on this subject immediately even though the data shows very clearly there is a distinct diversion between races with the intelligence quotient. It is seen as dangerous to even mention the truth. I suspect that it is this inherent initial inability to function amongst other races at the same level that has caused black people such anger and frustration. This is why there is violence, brutality and as a result, a large prison population full of blacks. I feel for blacks, and I want to help them but do not know how?”

“Scientifically speaking, you are correct on the IQ status of the majority of blacks, however one must understand that the African race does not have the attributes of the Neanderthal genes that every other race has. Therefore, there is a genetic disposition, a hitch in their brain development which is in-built in their structural neo-cortex makeup. The Neanderthals were the link to higher brain processes, and the Africans simply did not benefit from this. They have thus been left behind in brain function, and it is only a few of them who can come to a reasonable level as the Caucasian or Asian IQ.”

“Yes, but IQ should not be the sole indicator of intelligence, there should be many variables such as kinesthetic, logical, spatial, introspective, linguistic, interpersonal factors. One also has to factor in the socio-economic environmental factors that make up intelligence, and the age old question of nurture or nature.”

“You certainly have a point to some extent regarding the IQ test, because the measure of intelligence as a whole has larger variable determinable factors, however at the moment this is what is used globally as an accurate scientific test to measure ability in brain function. Our studies also extend to the extension and enhancement of intelligence through the implantation of microprocessors directly in the cortex of the brain in the future. We are modelling every synapse and dendrite in the brain, and will be able to digitally enhance brain intelligence levels by over 100,000%. This way, there would be incremental increases in intelligence amongst all races, and a levelling out of discrepancies.”

“As a socialist progressive human who welcomes all technological advances that will benefit humankind as a whole, I still have a few drawbacks, especially to your new research in enhancement of intelligence. For example, Asians on the whole have a median IQ of 110, whereas Africans have one of 70. Even with enhancement, they will still be left behind, because it is the initial core intelligence level that will have to work with the input. In fact, I would say that an immediate influx of information could cripple many black people, especially with the magnitude of complex data ingested. This could make some, who are used to low level intelligence adopt mental illnesses and further retardation in their intelligence.”

“It is with caution we would proceed, and at incremental levels of introduction to enhancement of intelligence. To suddenly ingest vast amounts of knowledge at once is not the goal, and we prefer the dedicated slow acclimatisation to enhancing intelligence levels in all humans, and all races. We of course have modelled the difference in brain makeup in all races, and have also detailed the fact that every individual has their own distinct brain map.”

The research and study is ongoing.