If globalisation means open borders, then be prepared to fight for you and your family’s life during an inevitable breakout of deadly viruses.

“Open borders means free movement of disease, viruses and also is an aid to mutation of different viral pathogens. Closed borders means protection of citizens during an outbreak,” a think tank from Britain has revealed in a new paper.

“By keeping borders open governments in the West are wilfully endangering their populations in the name of globalisation and this is why individuals who are aware of this must prepare themselves and not rely on governments in the event of an inevitable crisis. “In the event of a pandemic, there will not be much response from governments, who will only protect their hierarchy, therefore the ordinary citizen must ensure they have the necessary supplies to survive a prolonged period of pandemic in isolation.

“Supermarkets will be devoid of goods, banks will not dispense money and hospitals will be out of bounds. You must also assume that the water supply will not be working, as well as basic sanitation. To this end, it is imperative that you stockpile enough bottled water, or water purification filters for your family, at least a six month supply. Please do your own research with regards to ready meals and other supplies as this requirement should be tailored to your specific needs. You must assume that there will not be any television, internet or mobile phone access, therefore ensure your family have enough books, games and entertainment to keep busy.

“In addition to the food supplies, ensure you have hazmet suits, and necessary masks, sanitation equipment and first aid for the whole family.

“Security will be another serious issue which in Britain is a very hard thing to deal with. In the current climate in the UK, one can be arrested for using force against an assailant or intruder, therefore firearms as a form of defence are banned in Britain. Naturally, the criminals are armed to the teeth with illegal firearms and it will be hard to defend you and your family from the numerous criminals roaming and looting the country, while the police and armed forces will be told to stand by for self preservation. 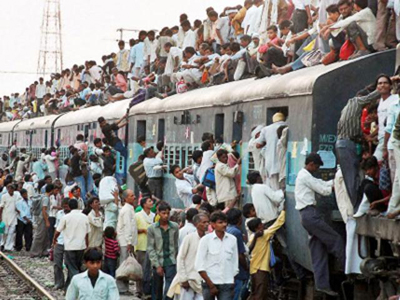 “The biggest killer of whole populations is the free passage of humans crossing borders, either through air travel or by any other means, and this is the clincher, because borders are not secured, disease and viral outbreaks coming from poorly sanitised parts of the globe will increase, as can be seen with the current Ebola spread. Globalists want an open border for a number of reasons, economic, destruction of nationalism, as well as free passage of viruses for population control.

“It is thus up to the responsible individual to find a safe haven for themselves and their loved ones, and to be prepared, because the government is not there to help you in a pandemic. Even if you are healthy, you will most probably be quarantined in a camp with other sick people. You must get away from all cities immediately if an outbreak occurs as cities are nothing more than holding prisons. They are easily sealed off by the military, and the people left to fend for themselves in anarchy and disease. “The population of the globe as of 2012 stood at 7.046 billion. This number of humans is a catastrophe for the environment and finite resources, it is therefore safe to say that the earth can only sustain a human population of less than a billion humans. If the human race and earth’s resources are to survive, there will have to be controlled populations. With the advent of robotic and AI technology, there is no need for the low skilled worker any more, as well as other traditional professions.

“The human population crisis will be solved one way or another, as wars do not decimate enough, there may have to be controlled sterilisation programs as well as incentives not to breed, especially in Third World nations where mass breeding creates untold suffering and deprivation. “Even in the West, it is only the poor populations that are breeding en masse, creating even more suffering and a terrible burden on governments, health care and tax payers. These people must be either forcibly sterilised, or given monetary incentives not to breed, as they are mostly uneducated leeches on public services, they should have no rights when it comes to adding to the gene pool.

“The post consumerist world will be one of efficiency and technology, this is the only way humanity can move forward to the next era, the new epoch. For the new, the old must be destroyed completely. This is why those who are prepared now, will benefit in the future, and those who do not prepare will not.”