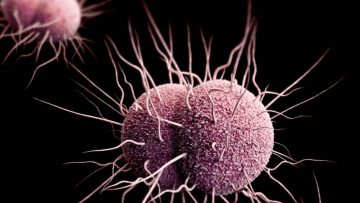 Because syphilis can stay mainly undetected if untreated it can remain latent in the body for years. In the late stages of syphilis, the disease damages the internal organs, including the brain, nerves, eyes, heart, blood vessels, liver, bones and joints leading to early death.

Antibiotics are increasingly becoming redundant due to overuse and the WHO has warned of a coming cataclysmic disaster where many ailments are untreatable due to resistance.

“These people are spreading STIs around like candy and soon their diseases will not be treatable. It works both ways, deaths from syphilis and gonorrhoea will eventually cull these populations thinning the herd,” a clinical insider revealed.

What about HIV? Unfortunately it has not had the effect in population reduction that was needed. Although it is still prevalent amongst the gay population, it needs to make more in roads into the heterosexual population to become effective in reducing the population numbers.

Since the discovery of HIV/AIDS it has only killed 36 million, considering the global population is 7.5 billion and growing, it’s a drop in the ocean.

We must therefore encourage more sites like Tinder and Grindr, the more the better. These sites peddle death to the stupid, and less stupid people on earth can only be a very good thing.

App developers need to make in roads in creating more hookup apps tailored not only for the developed world but for the third world, especially nations like China and India as well as the African continent, where population growth is beyond unsustainable.

Once STDs like syphilis explode in these regions, which are wholly untreatable, they will continue to spread like wildfire.

The creators of Tinder and Grindr should be commended for their great works, you have fired the starting gun in the race to reduce the global population before it is too late. Promiscuous risky sexual encounters should be encouraged at all junctures to spread STIs.

Finite resources are being permanently depleted daily, and it is only a matter of time before the Malthusian nightmare is upon us. Estimated projections for global population growth are 11.2 billion by 2023 according to the UN.

This cannot be allowed to happen, so please go on Tinder and Grindr now, and do your bit. You can catch chlamydia, genital warts, HIV, syphilis and gonorrhoea, maybe all at the same time.