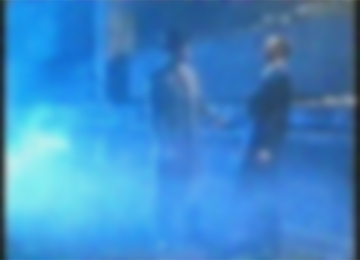 Angry Rupert Murdoch, the hack master and all prevailing owner of pretty much all media everywhere, has released a clandestine video recording of a meeting he had with ex prime minister, Tony Blair.

The grainy video reveals the animosity between the two after allegations surfaced regarding Tony Blair having it off with Murdoch’s power hungry ex-wife.

“What can I say she likes power, she moves from one player to the next. Obviously that was the only reason she was with me in the first place. I mean look at me, do you think any woman in the world would want a shrivelled old possum like me other than my money and top lizard status? Well, this Blair geezer, I treated him like a son, and look what he did to me,” an obviously bitter Murdoch told Sky news.

Here is the video. Please be aware some of the language used may offend some people.