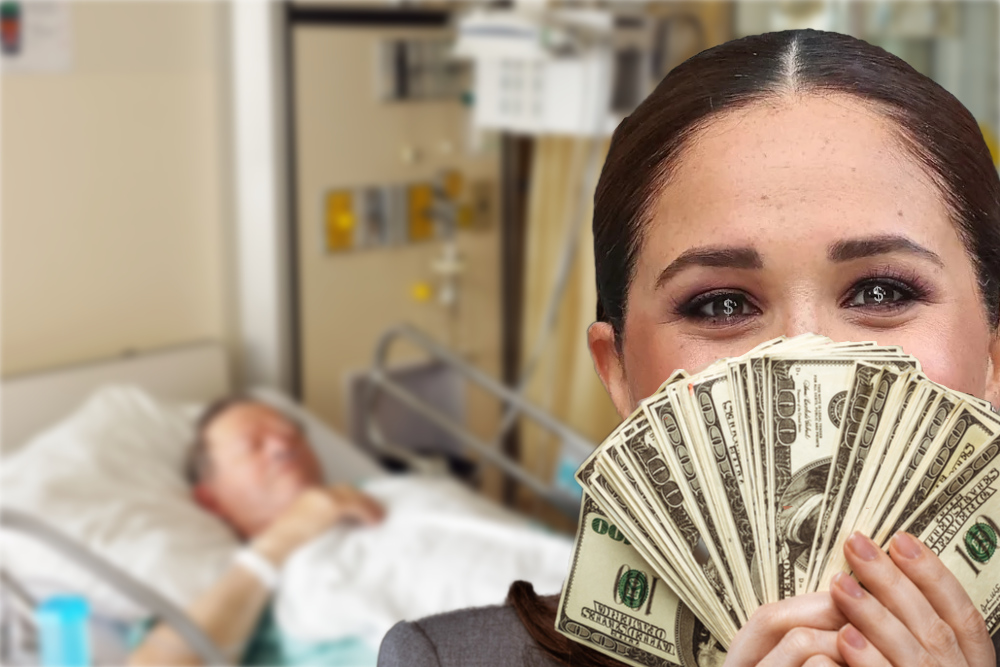 One would think, if you constantly virtue signal to the press and public about your ‘compassionate’ nature, that you would at least show some of that same fake compassion to your own father in hospital suffering after a stroke.

Naturally, the real emotion of compassion does not apply to Meghan Markle and the staunch shunning of her own father, Thomas Markle is the shameful result.

Psychologist Johann Brandt reveals an analysis of Meghan Markle’s ‘compassion’: “It is immediately evident that Meghan Markle is not a compassionate person, but is instead a person who pretends to be compassionate to increase her narcissistic standing. Psychopathy comes in many forms, and Meghan is an analytical hard-edged celebrity fame machine who deliberately married a royal purely to increase her celebrity status and power. Psychopath’s cannot feel real feelings like other humans, they can only mimic emotion. As Meghan mimics her fake love for Harry, who she is using, she also is attempting to copy Princess Diana and her charitable endeavours during her life. Meghan used her father to get ahead in show business and once she used him up and reached her pinnacle with Prince Harry she dumped her own father. This is another psychopathic trait, where people are used and believe they are being loved by the psychopath, but when the psychopath has used up all of the mark’s resources they move on to the next mark without even a whisper. There is no feeling and remorse and after countless people are used up by this narcissistic schizoid psychopath she moves from one person to the next seamlessly. She dares not revisit her dying father in hospital because of one single reason, she cannot feel real compassion and this problem would reveal her real character: a cold, heartless, narcissistic, power mad psychopath.”

Meghan Markle’s father is currently in a hospital, only two and a half hours drive from Meghan’s Montecito mansion. In Meghan’s dark callous mind, the hospital is a million miles away, or simply does not exist.

The treatment of her own father is definite proof that Meghan Markle does not feel compassion for him or any other global cause she claims to champion.