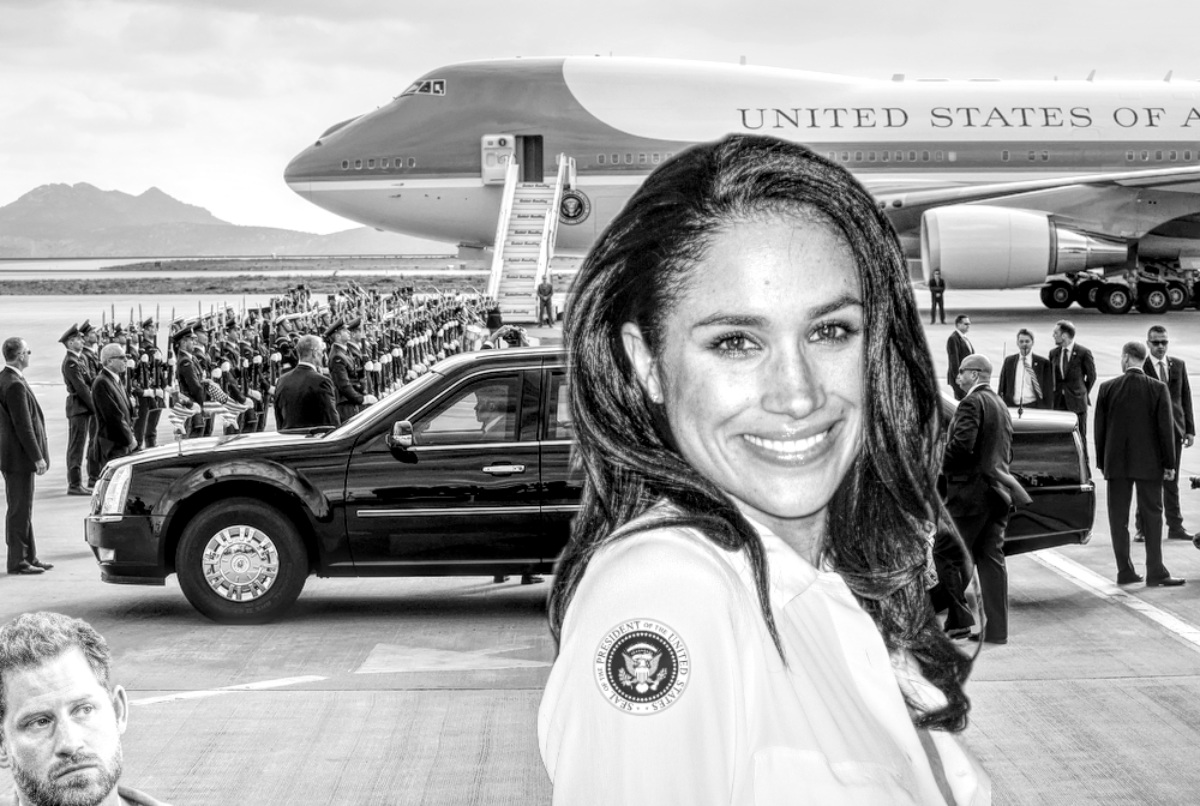 With someone as thin-skinned, and Woke as Meghan Markle to apply for U.S. presidency would be a dream for those who have hidden dirt on the narcissistic Z-list former actress. Markle’s time as a golf caddy; her alleged other children, her ghosted family, as well as the Windsor nightmare, would be a tiny spectrum of fuel to throw at the power mad woman during the election campaign.

Imperator of the Galaxy

“She wants complete power, and what more than a mulatto being a contender in the race for U.S. Presidency? Every week she comes up with something she wants to do, like go to the moon, save the world from hunger, or eradicate racism from the globe. It’s a wonder that this caterwauling miscreant imposter does not consider herself a living goddess who should be worshipped by everyone? She even tried to take over the British Monarchy and depose the Queen, for god’s sake!”

U.S. presidential elections essentially begin four years before the event, and Americans are deluged every day by candidates and their multitude of foibles, as well as false promises. It is inevitable that the tech giants will try to purge any type of criticism of Markle if she is a candidate for the Democrat party, at least that will be a bonus for her campaign. As is the case in every election from now on, any Republican or independent viewpoint, or campaign is relegated by the Big Tech conglomerates to the internet trash bin. The election therefore has only a singular voice — a Democrat candidate’s voice.

Such is the power of the Big Tech companies to skew elections that they even deleted an active U.S. Republican president, namely Trump. Therefore, with enough manipulation by these masters of media, who are above any government or law, Meghan does have a decent chance of being elected as a Democrat candidate and eventually winning the election through manipulation of the internet by the Big Tech and American socialist legacy media powers.

To see the former prince, Harry, toddling along behind Markle as she steps up to each podium to broadcast her Marxist soviet message of perceived ‘equality’ and other total bollocks, will be a spectacle in itself. Here was Harry, once a royal above anything else, now a subservient poodle, a lowly creature who gave up everything just to follow some power-crazed megalomaniac onto stages, in arenas filled with brainwashed screaming Democrat voters all shouting the same name in hysterical unison: “Meghan, Meghan, Meghan!” but no Harry, definitely no Harry, as he stands there, the odd one out, a trodden piece of meat who has fulfilled his purpose, and who will soon be tossed out into the shit pile where everyone who was used by Markle resides.