With news that twice-married Meghan Markle has made the decision to remain estranged from Thomas Markle, 75, ‘to protect herself, her husband and her son’, royal experts believe the real reason is that Meghan’s father knows too much about her sordid past.

“It would certainly be unbecoming to have her father attend a royal function and to blab about what Meghan got up to in the past. The royal family did not vet this woman before she sank her claws into poor prince Harry, who is not clever enough or experienced to realise what he was getting into,” Jane Fredericks, a royal commentator revealed.

“He could ruin her deception”

During an interview with someone from Meghan’s past, the woman who used to be Meghan’s boss at an upmarket golf course when she worked as a caddy, revealed that Meghan has another child. This revelation would mean that Meghan lied not only to prince Harry about her past, but also the royal family before she married the prince. It also means newborn Archie has a brother or sister somewhere in America.

Thomas Markle, who has now been totally cut off from ever seeing his grandchild could elect to still blab to the press, which would no doubt add to the acrimony, however, what has he got to lose now? 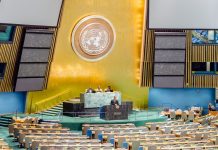 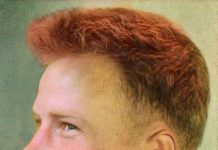 Why Racist Harry is Not Racist Anymore