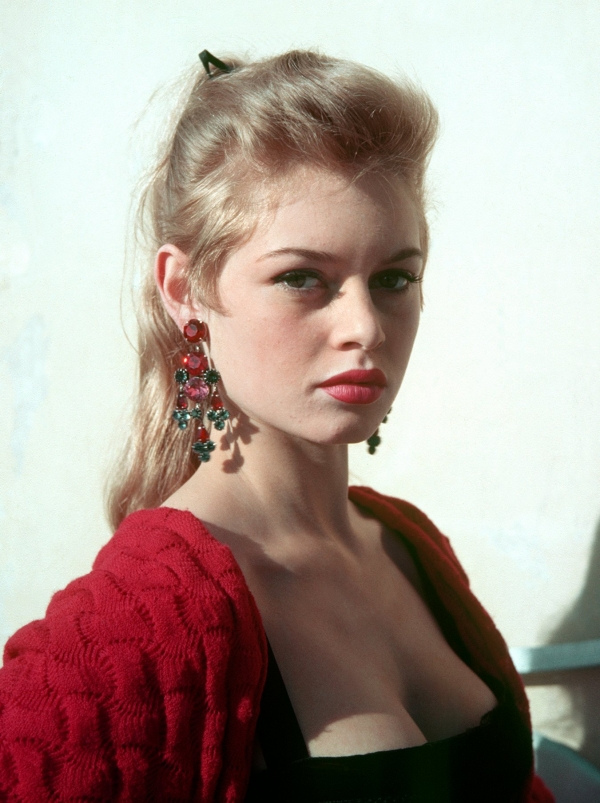 “French women, elegant, refined, philosophical, speak the language of L’amour, where their counterparts, either American or British certainly do not. Where you see the British women, hair unkempt, cigarette in mouth using foul language, rolling around in the gutter drunk out of their mind, and the American dumbed down celebrity obsessed women sipping their soy latte and using up all their men’s credit cards in restaurants, there is no comparison to the delicate yet strong French woman, a style upon herself, and a woman who understands the urges of the male, and appreciates the complement, thus not throwing it back in the face of masculinity with puritanical anglo-saxon feminist hatred.”

And it is to this end, the puritanical sovietized extreme-socialist #metoo fad is running out of steam. First, Catherine Deneuve and 100 of her fellow French women spoke up against the puritanical anti-male rhetoric that has become a witch hunt against men, and now the formidable 50s iconic beauty Brigitte Bardot has spoken.

“I thought it was nice to be told that I was beautiful or that I had a nice little ass. This kind of compliment is nice.”

Bardot also aligned with the view that women are responsible, saying actresses “come on” to producers to get roles, “and then, so they’ll be talked about, they say they were harassed”

The 83-year-old added that the movement got in the way of “important themes that could be discussed” and that actresses, rather than all women, were, in “the vast majority of cases… hypocritical, ridiculous, without interests”.