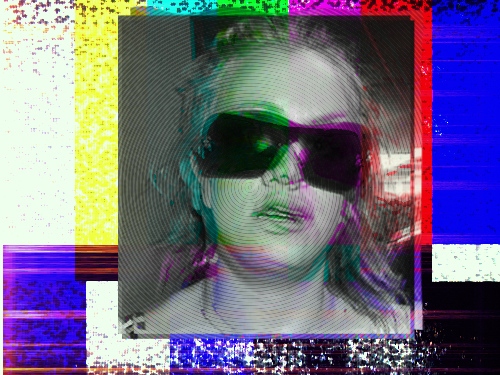 The dedicated team of photoshop artists and retouchers who have been instrumental in Britney’s media image were on strike today.

The twenty strong team are usually working 24 hours a day on their high-end Macs churning out doctored pictures of Britney, but for now are relegated to playing video games in their studio.

“I’ve had enough, man! We don’t get paid enough for this stuff. It used to be about a few alterations like a pimple here or there. She is unworkable now, she is so fu**ed up. No amount of photoshop can save her now,” Scott Wilson is head digital retoucher for the team and holds up a picture of Britney looking bloated, sweating and drugged up.

There seems to be no communication between the Spears management team either, adding to further frustrations.

Ms Spears goes through one manager per week and is currently looking for another one at the moment.

John Roberts recounts the ‘good ol’ days’, “I was there in the beginning when Britney was wearing her school uniform and miming to the songs on MTV. Now she can’t even mime right, plus she looks like a cross between Ron Jeremy and a trailer-trash two bit hooker on Meth.”

“Our team has worked on digitally creating tropical rainforests and ancient Rome from scratch, but Britney is the biggest challenge we have ever had, and i’m sorry to say we gave up on this one.”

Speaking from their LA offices on Wiltshire, the team are now looking for other work.