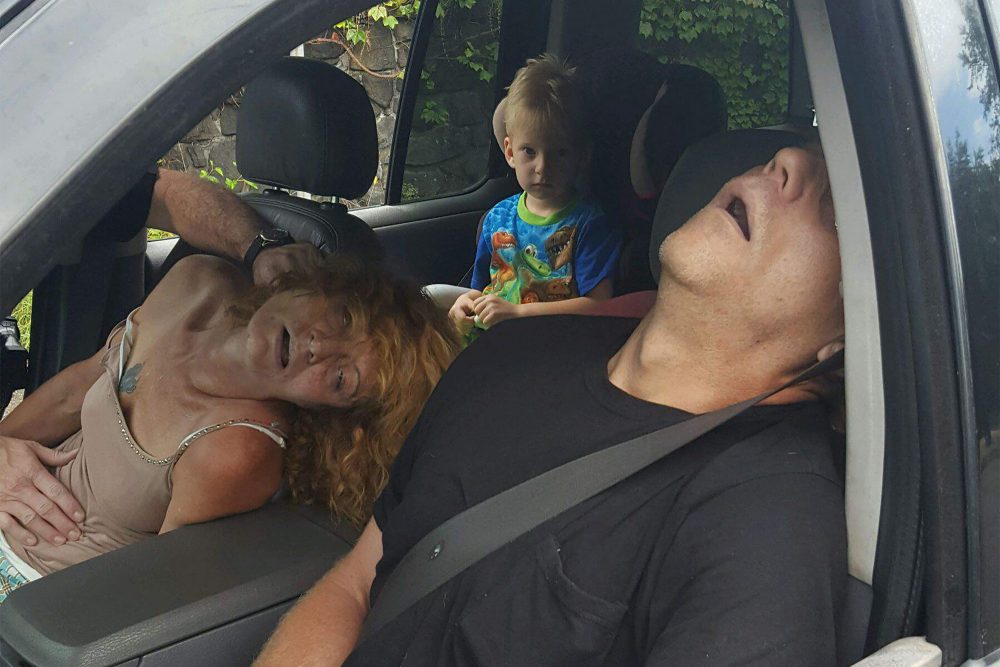 The lack of skilled workers in America is causing a serious problem amongst employers as many are too drugged up on opioids to even get out of bed, let alone conduct a full day’s work.

“We had some guy come in for the drug test, he was so doped up he could barely open his eyelids, then when it came to the urine test he took out a prosthetic penis from his pocket and threw it in the glass jar. The dude just didn’t care one iota,” general manager for a tire manufacturing company in Wisconsin told his local newspaper.

The drug of choice is a cheap opioid called Fentanyl, one hundred times more potent than morphine, imported from Chinese drug factories working 24/7 shifts to ship to the good ol’ US of A.

Another employer for a garden tools company in Minnesota would come into work some days and find his employees floating in the ceiling area.

“I’d have to get one of our rakes to get these fellas down. Some were so far gone that a pitchfork in the rear barely got a reaction.”

Many economists blame the drug craze on the loss of manufacturing jobs outsourced to Chinese factories, and if this is the case, it means that not only is China raking in huge profits from manufacturing sub-standard cheap goods for the U.S. market, but they’re actually poisoning the American work force with cheap opioid drugs.

The former president, Barack Obama, also legalised marijuana use in many states, and it is well documented that smoking weed slows people down.

“I smoke two joints for breakfast, then move onto the couch. That’s when I start rollin’ all day long,” another unemployed man told newspapers.

Federal Reserve Chair, Janet Yellen has proposed a cure for the drugged up American population.

“We need to counteract opioid drugs with picker uppers. Like say for example I took two pills of Fentanyl, well I need to counteract that with some crack cocaine, a smidgeon of pcp, some meth, four lines of coke, and glass of cold water poured over my face. Then I’ll be workin’ like a motherfucker. We need speed, speedie Gonzalez, have those racks of hub caps polished in under a minute, stack those garden tools in thirty seconds, you know what I mean, sniff?”