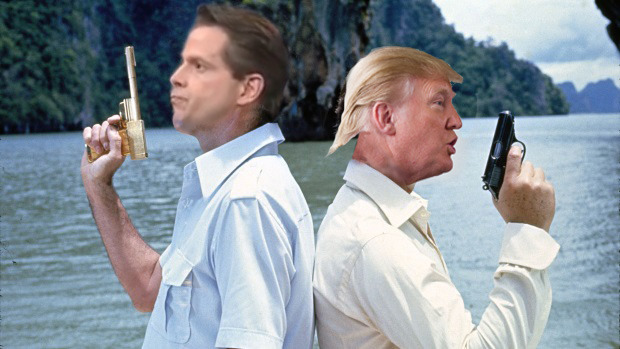 “I have invited Donald to my little secluded island off the coast of China for a duel to the death. I have a very special surprise for the Teflon Don, Nick Nack will greet him when he lands on the beach, and the deadly duel will start from there, of course only after a brief civilised luncheon,” the fired communications director, Scaramanga revealed on Tuesday.

Apart from being a deadly shot, Scaramanga also has a distinctive extra appendage to wow the ladies with.

“Yes, I have three nipples, it is a sign of greatness, and I also pride myself in being a paranoid schizophrenic.”

The President, who was instrumental in the firing of Scaramanga says he has accepted the invitation to the secluded island only on the proviso that he gets to take Goodnight with him back to the White House as his new plaything. Shush, don’t tell Melania.