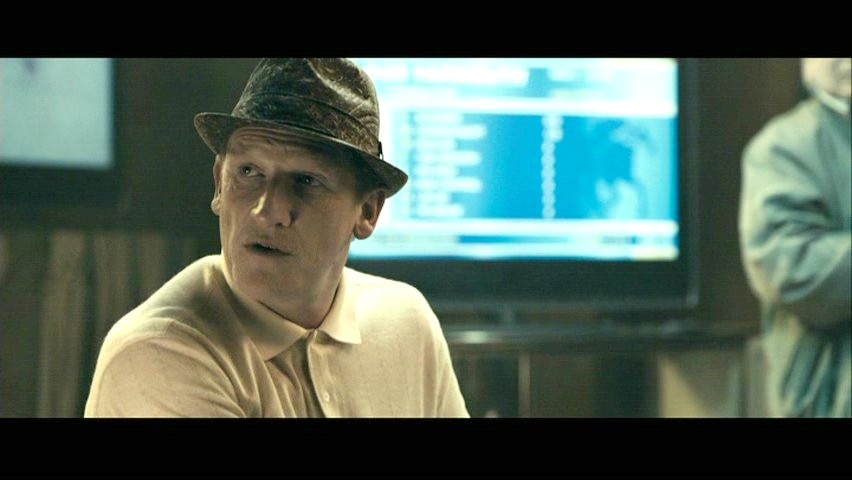 This must-see commercial, was essentially designed to show that PlayOJO is not like traditional online casinos and is a fairer brand that benefits players by – among other advantages – giving them money back on every bet. The 30 second spot, features Bell in the starring role as a disgruntled employee of the casino who is infuriated that the company would give money back to players on every bet because that’s not how a casino is run. He quits on the spot in a rage, biting a pen in half and spitting it out before storming out of the office.

He looks around at his fellow former team members and growls, showing ink-stained teeth. He then proceeds to make a spectacle of himself on his way out of the workplace, by stapling a plush toy to a pillar and crushing a sandwich in his hands.

The commercial is as only as good as it is because Bell is a master of role playing. His rugged looks, commanding presence and comedic actions and expressions is what injects life into the scene.

In the commercial, he literally transforms into a volatile boss you wouldn’t want to work for. You know, the one you’d be afraid to look at the wrong way or share an opinion with. That guy.

Of course, it’s not just commercials that bring out the best in this lesser-known movie star. Geoff Bell is a respected and skilled British actor who has been in the film industry for nearly three decades. He has an amazing ability to take on difficult roles and really make them his own. What’s more, for being a lesser-known actor in Hollywood, the man has starred in some pretty big movies.

The most recent (and terrible) King Arthur film from Guy Ritchie aside, Bell has been a part of many incredible movies and television shows. When it comes to major blockbuster films, he typically makes a cameo appearance or has a minor supporting role. You can find him in movies like Girl with the Pearl Earring, RocknRolla, Stardust, Making Waves, The Business, War Horse, Scoop, and Rogue One. ​

That said, if you really want to see Bell in all his glory, you need to check out one of his best known films, Green Street Hooligans. The 2005 movie is about a Harvard undergrad who moves to London after being wrongfully expelled and encounters a violent underworld of football hooliganism. Geoff Bell plays Tommy Hatcher, the rival of the main characters played by Elijah Wood and Charlie Hunnam.

Other notable roles for Bell include playing the captain of England’s football team, Gary
Wackett, in the 2001 film, Mike Bassett: England Manager. The character was a parody of
Stuart Pearce and was known as Wacko in the movie for being a violent centre back.

Bell also starred in the popular 2015 action-adventure comedy, Kingsman: The Secret Service. He played Dean Baker, the abusive stepfather of the film’s protagonist Gary “Eggsy”, played by Teron Egerton. Even though Bell did the role justice, unfortunately, he won’t be returning in the movie’s sequel, due out later this year.

As you can see, Geoff Bell tends to be cast in dark, dangerous and villainous roles, which is what made him a no-brainer choice for OJO’s commercial.