Kevin McCormack, 54, is a Texan businessman who has financed the latest in American entertainment that has already received massive interest from the public.

“You had a shitty day, you come home to your beat up wife and four kids, you lost your job, your family are all on prescription drugs including you, you got Obamacare bills to pay, you got the IRS breathing down your neck, your office romance went off the boil, you got to pay your kids’ college fees, your wife wants a holiday in Hawaii, you got to mow the front yard, you got to mow the back yard, some asshole wants to sue you for some shit, your wife crashed the Escalade what do you do? Come to our theme park, it’s off I65 third exit Northbound. When you get there, we give you a gun, it’s safe, then after you’re done, you go home and feel better with your shitty American life. Hell, you don’t even need your own gun, we give you everything,” McCormack revealed to the Texas Sun newspaper. 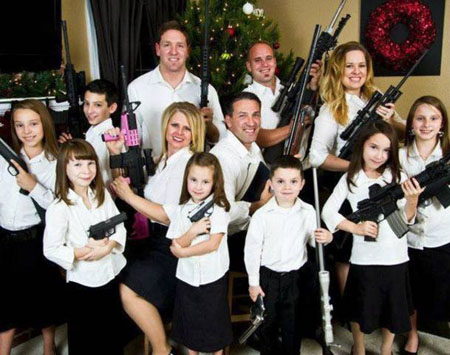 Guns are such a big part of American society that taking them away is akin to taking a baby away from its mother’s teat.

President Obama praised the new shooting massacre theme park, stating that although it was in bad taste, it could serve a valuable function to anyone who lives in the dog eat dog society that is modern America.

“I prefer they do it this way. Millions of Americans are on prescription drugs and have psychotic thoughts daily. Add in the mix of my taxation drive, Obamacare unaffordable poor healthcare, and the American media constantly broadcasting actual shooting sprees, I feel this theme park may take it off the streets and we can begin our valuable work of disarming civilians and their dangerous weapons once and for all.”