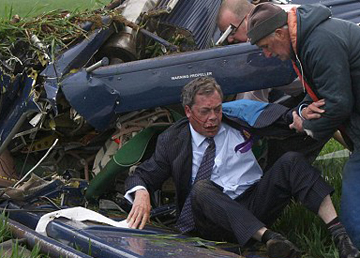 “The unelected technocrats at the top of the pyramid, are looking with shock that the MEP elections are going towards parties that are interested in fracturing the pseudo fascistic semi soviet EU. Especially for Britain, this Ukip leader Nigel Farage, they are extremely sad that he was not erased from this world when he had that plane crash in 2010. It was an accident, of course, but it did not finish as planned. Now we have to deal with more problems, you know like people wanting to be individuals. No, this is wrong, you should all be the same, and we will not allow anyone to be an individual. Our plans for the future will require a more thorough brainwashing program for the masses where soon they will all be bleating like good sheep, the name of our super state,” an unnamed EU official told the Euronews service. 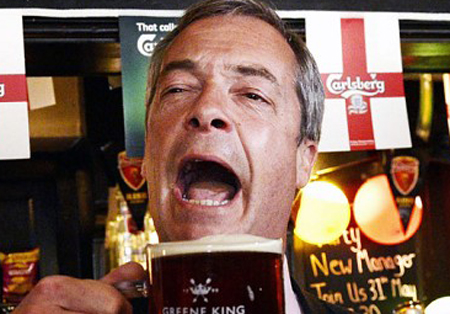 Farage would best be avoiding single propeller aeroplanes or buses, or motorbikes, or cars, or skateboards,  or bicycles, and has vowed to tour Britain for his victory lap on a wheelchair guarded by a crack team of mercenaries.

Will there be a resurgence of free speech in a land of politically correct soviet groupthink? That remains to be seen  as the flags of freedom are waved up above the crowds of collectivists.