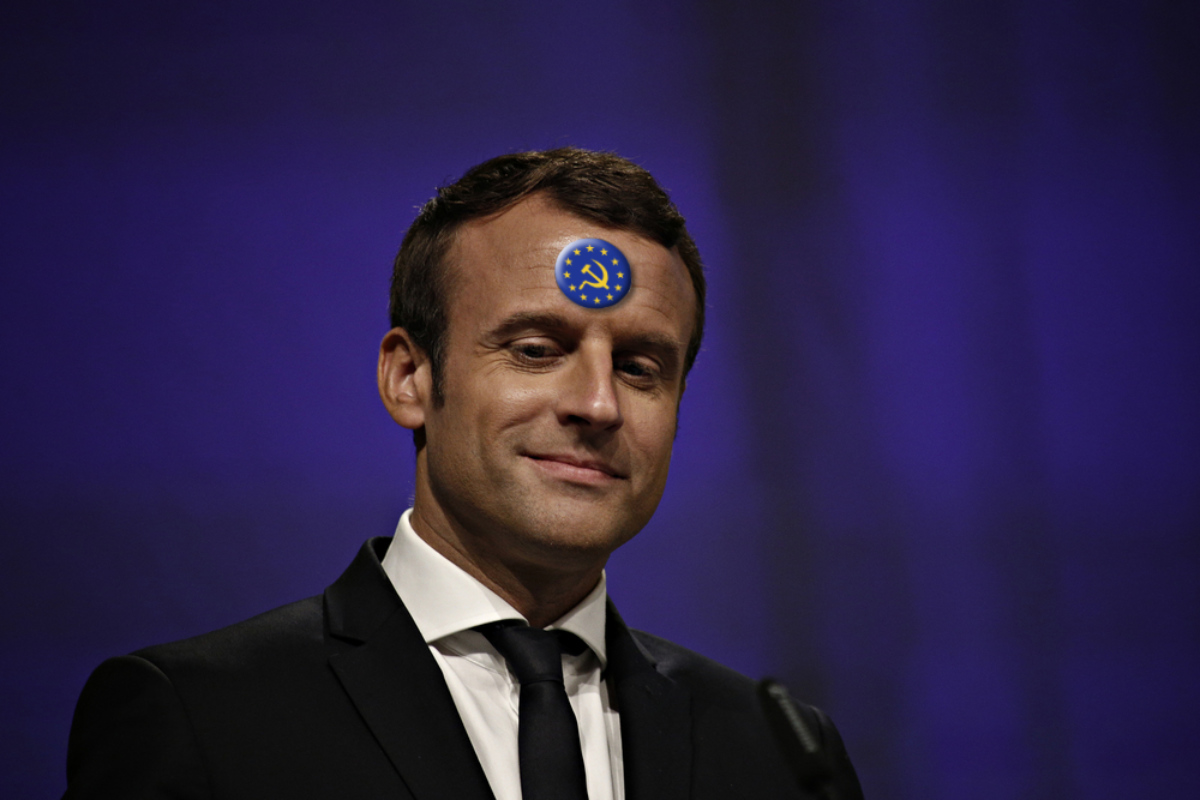 The French must have some sort of sadomasochistic streak in their genes, because it looks like they are going to vote for Emmanuel Macron once more.

No one seems to remember the mass riots that continued on and on for years because of the policies of this man who has effectively brought France to its knees, not only economically but societally.

Macron’s ultimate mission is the erasure of France in national terms because he is an EU robot. The EU’s plan is one of erasing nation state identities, of assimilation as one soviet bloc and simple zones to mark where former nations once stood.

France’s rich history, culture and society, as in other EU nations, will be erased and assimilated with all the other imprisoned zones under the flag of the EU. Former cultural differences will eventually be effaced, absorbed within the collectivist EU bloc. Concepts like nationalism to the former France will be punishable with imprisonment or re-education in EU ideology.

When the French people once again vote for EU denizen Macron again, they will certainly receive what they voted for, as is always the way in any election but this time, they will really feel it as Macron will not pull out any stops in his overall mission.

Further EU integration means just that, much like the Borg from Star Trek, nations will be further stripped of their sovereignty and ultimate identity. Collectivist assimilation to the EU is now a process that will speed up and it seems the EU hypnotised people, brainwashed since birth are fully compliant to their own enslavement within the modern Marxist European Soviet Union.

We are the Borg. Lower your shields and surrender your ships. We will add your biological and technological distinctiveness to our own. Your culture will adapt to service us. Resistance is futile.