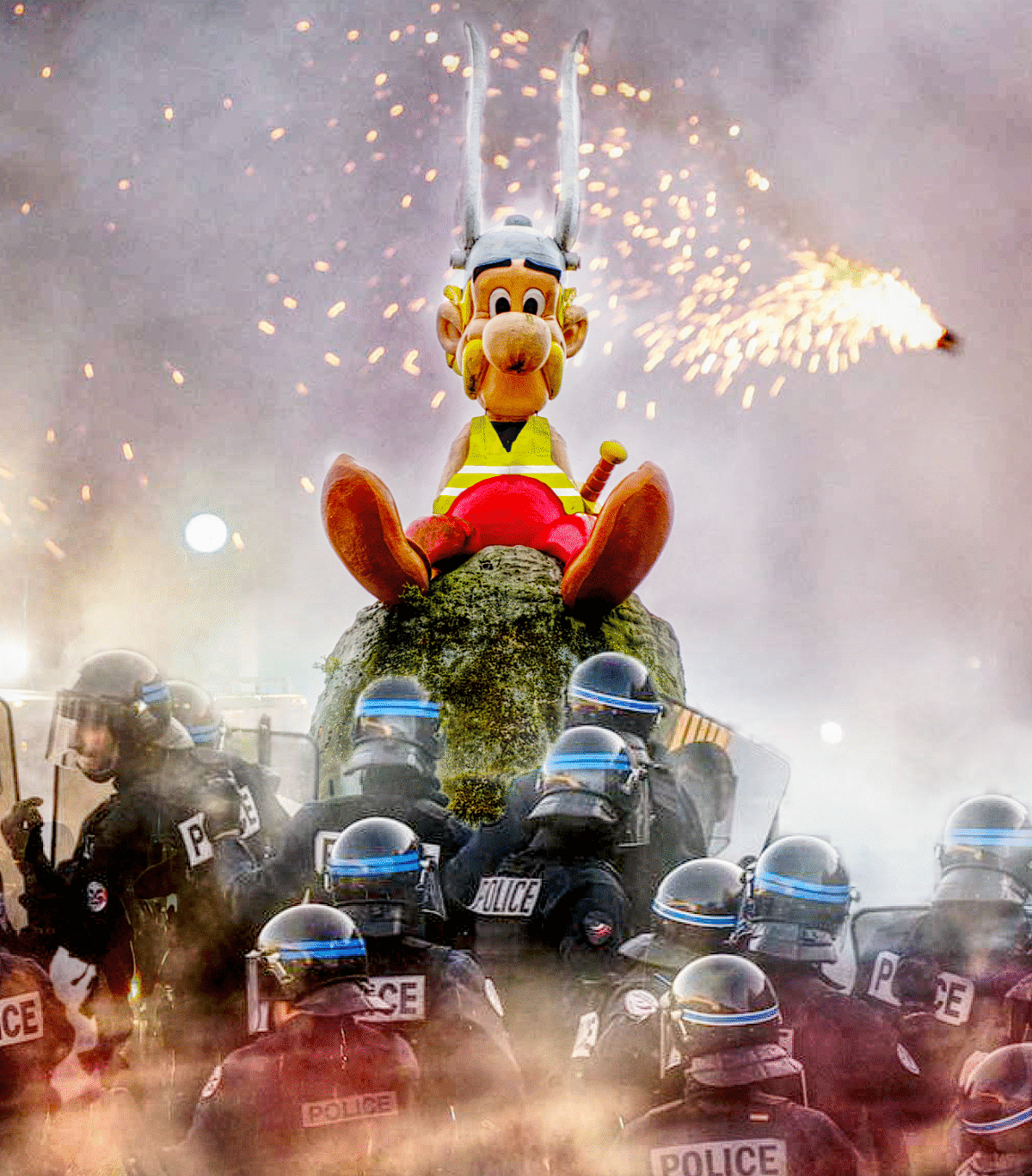 Chief Vitalstatix is adamant that his horde of invincible Gaul Gilets Jaunes will not be defeated by the centurions who are subjugating the people unnecessarily with brutal methods of tear gas and beating.

The EU invaders led by Caesar Macron, do not know however that the Gauls have a secret to their successful rioting.

“We have our own druid, named Getafix. Yes, every morning before the riots proceed, in the back of the crowd, Getafix will be assembling the Gilets Jaunes all together in an orderly queue to receive their fix of his special recipe, a concoction so secret that Caesar Macron has sent his deadliest assassins and spies to try and steal. This magic potion is the secret of the Gilets Jaunes, and can never be revealed to anyone,” one Gilet Jaunes, Fulliautomatix, a local Parisian car mechanic revealed.

“Paf!” another centurion in riot gear flies up into the air, uppercutted by a furious Gaul. He briefly reaches the clouds before looking down and falling whilst flapping his truncheon trying to fly crashing through the Arc de Triomphe with an almighty splatting sound.

Caesar Macron has vowed to crush the Gauls and is developing his own secret potion in Brussels.

“I have asked our own druid, Jean-Claude Drunkalotix, for a solution to these invincible Gaul upstarts and he is concocting his own potion. The only problem is he is too drunk to do anything more because he keeps tasting it for flavour. Cognac, more cognac, and even more cognac! C’est impossible!”

On we go, how long will our Gallic heroes hold out to the increasingly brutal methods from the cohorts of centurions?