Surrounded by ‘yes men’ no one dares to question Uncle Vlad Putin. Reminiscent to the rule of Josef Stalin or Brezhnev, Putin is a dictator, a tyrant, not only over his own people but the entire Russian state system and oligarchs.

This is why, there needs to be a reversion to the old Soviet Politburo system in Russia so that decisions can at least be questioned and debated. 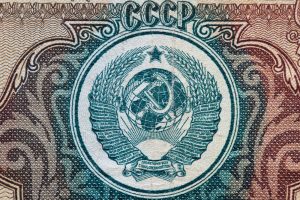 The first Politburo was created in Russia by the Bolshevik Party Central Committee in late October 1917 to provide continuous and flexible leadership in that year’s uprising. The seven Politburo members included Vladimir Lenin, Leon Trotsky, and Joseph Stalin.

The chairman of the Politburo was the general secretary of the Communist Party and, traditionally, was in effect the leader of the Soviet Union. (For most of its existence, the Politburo included the minister of defence, the head of the KGB, and the heads of the most important republic or urban party organizations.)

The Politburo in essence shored up the Soviet Union, and kept most appointed leaders in check (apart from Stalin). After the dissolution of the Soviet Union in 1991, the Politburo was dissolved and leaders like Vladimir Putin were able to gain complete control of Russian affairs. One could say, this is why we are all in the shit now, because a single man has become all powerful, and is surrounded by ‘yes men’ who dare not say anything against their dictatorial leader or suffer severe consequences, including death. One has to also conclude that even though there may have been the existence of Party Committees and Politburos in the past, exceptionally brutal and deranged Soviet leaders could control it with an iron fist.

With no one to balance the ultimate all encompassing power that Putin wields, he can do as he pleases without any discussion or checks.