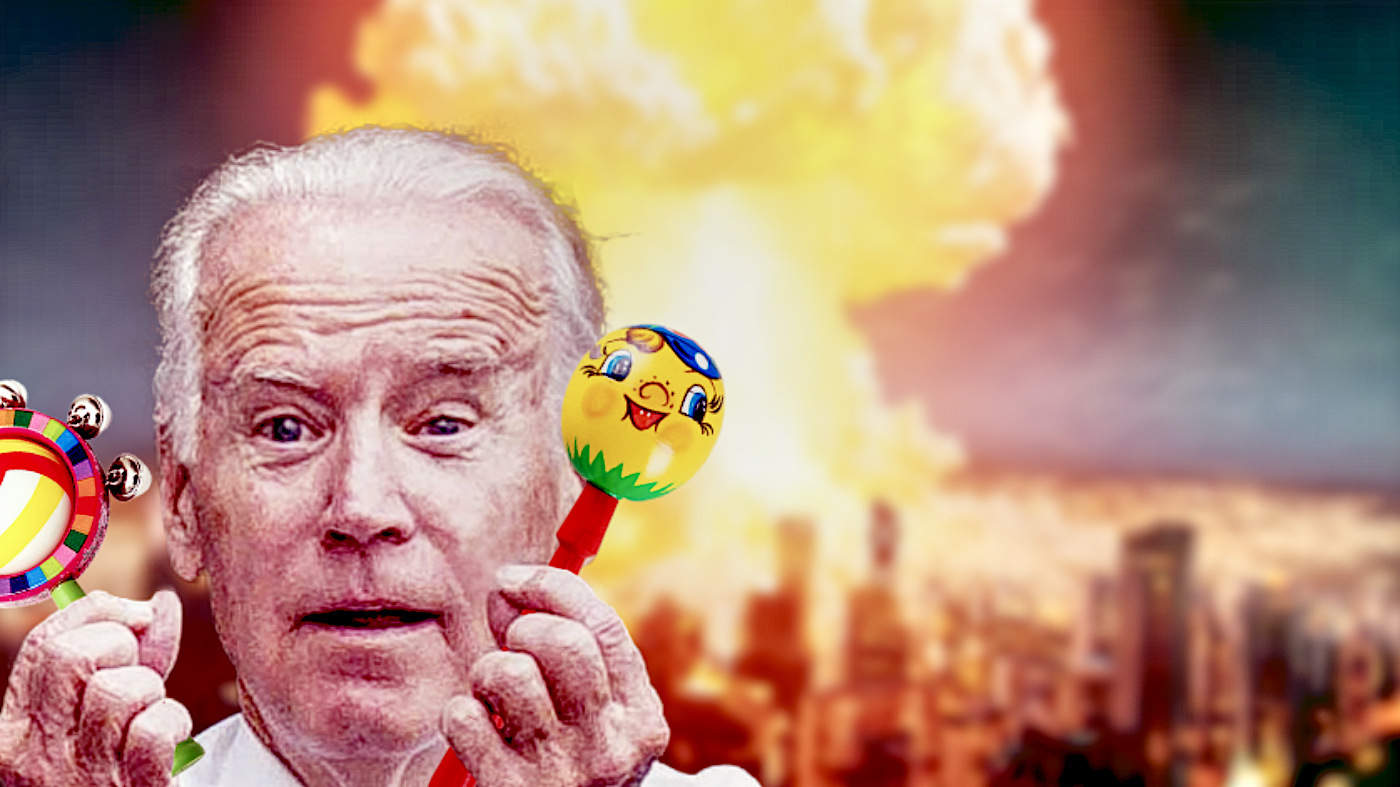 With a brain like Swiss cheese, demented Joe Biden sometimes knows where he is, but most of the time is an incoherent babbling moronic deteriorating fool. According to the U.S. top brass, Biden has to be stopped from trying to press the red nuke button on a constant basis.

Biden appointee, four star General McAdams, is not happy with the current situation as he views Biden a danger to global security.

“Joe wakes me up at 3 or 4 every morning shouting down the phone that we need to nuke some country. Last night, he called me in the morning to tell me we had to nuke Britain because of what they did during the Irish potato famine. I told him that was 300 odd years ago, but he said he wanted every English SOB dead! The previous night, he calls me and said we need to nuke Putin immediately. He even had NORAD on the other line. I asked him why, and he said that Putin was allied with Donald Trump and wanted to take over America. The night before that, he called me and asked to nuke the entire state of Florida, jibber jabbering about getting Trump. Trump does have a place in Florida, but I told Joe that Trump was currently in New York. Immediately, Biden ordered that New York should be nuked as well. I told the White House aides and doctors to sedate Biden with a higher dose immediately.”

Last Thursday, Biden ordered a nuclear attack on the tiny nation of Bhutan simply because he heard its name whilst watching an episode of National Geographic on the Discovery Channel. U.S. Generals convened on the day and agreed to have Biden’s nurse give him an even larger extra dose of drugs to put him back to his normal state of comatose sleep.

On New Year’s Day, Biden ordered another nuclear attack on the UK, this time telling generals that a voice in his head told him that all Brexiteers must be destroyed so that the communist sovietized EU can carry on unhindered by democratic Britain. Everyone knows what happened when G.W. Bush said he heard God’s voice talk him into invading Iraq, so aides had Biden put into his special room in the White House where the walls are padded and nurses can attend to him quickly.

Suffice to say, America’s generals are now so fed up with the situation, they are petitioning that Biden is suspended from ordering constant random nuclear attacks on any nation that comes into his fucked up demented brain.

After hearing about the generals, Biden phoned NORAD on Thursday and requested that every general he appointed should have their homes individually nuked. NORAD commander of operations, Dwight G. Penhurst, immediately ordered an even extra dose of drugs be administered to shut Biden up.

Currently, Biden’s poll ratings are below any known White House imposter in history, with a ‘high score’ of 21% approval rating. 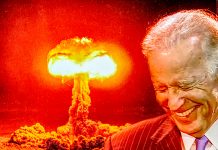