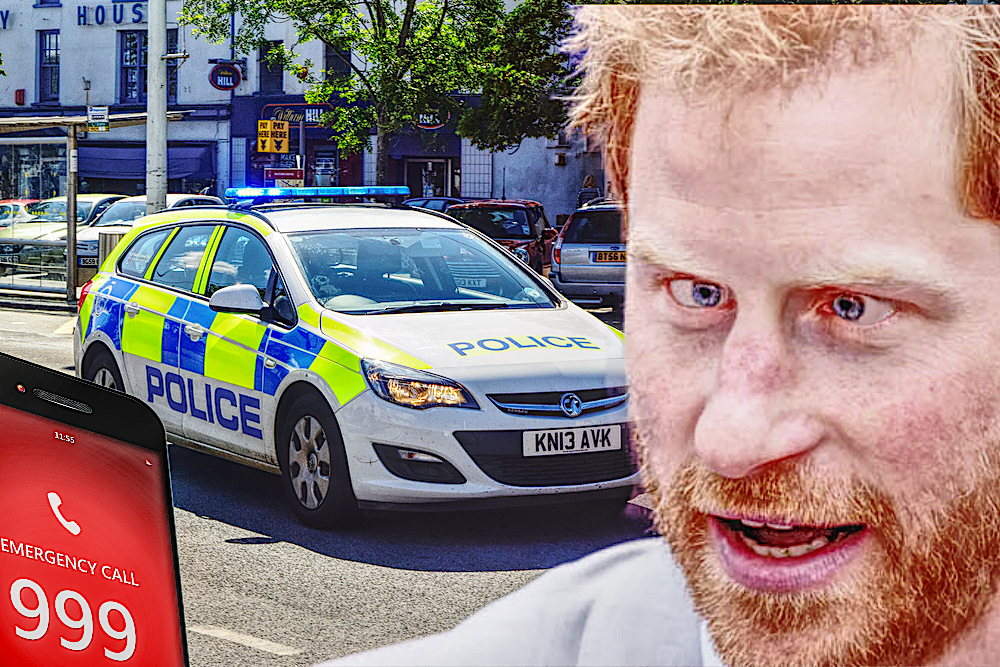 “All Harry has to do if he or his family are in a bit of bother is pick up his phone and call the emergency services. By calling the 999 number you are immediately put through to the emergency services hotline where an operator will ask if you require medical, fire or police services. Once through to whatever service is needed, all Harry has to do is tell them where he is located and they will send someone to the location pretty quickly. If it’s a medical issue, an ambulance is usually dispatched within an hour or so, fire is usually faster and police may or may not turn up depending on the severity of the situation. It’s what us citizens have to fucking well deal with, so the former royal can deal with that as well,” one concerned citizen advised.

By using the emergency services as they should be used and not as some jumped up bodyguard service costing taxpayers millions of pounds, the former royal will show some humility, after all, it was his choice to leave the British Royal family in the first place, and one of the caveats of leaving was the loss of private police protection funded by the taxpayer.

“Harry, you’re not royal anymore and neither is your family, so either pay for your own bloody security or call 999. Best option though is don’t bother coming back to Blighty with your screaming sprogs and smirking entitled wife. Do us all a favour and stay in your 16 bathroom gaudy Montecito Mcmansion,” another ordinary citizen opined.

Another citizen of the Kingdom commented: “As for that sycophantic plastic faced uphill gardener spokesperson, Ovid Scooby, with his nose so far up Harry’s arse that it is now considered a permanent brown fixture. Well, he can call 999 as many times as he wants, no one will come for help as he is hated with such vehemence in the UK.”