“We got ’em. They’re going to jail for a very long time. We can’t have miscreants like this messing up my country,” the president said after a round of golf.

Local police forces rounded up the geriatric war veterans and threw them in police vans to be taken to local police stations for processing. News agencies reported at least 300 American war veterans were arrested.

“We got to get these criminals off the streets. They’re a danger to society,” police sergeant Trayvon Johnsons told CNN. 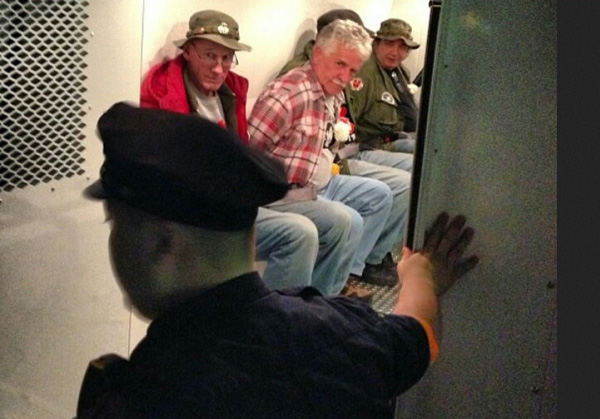