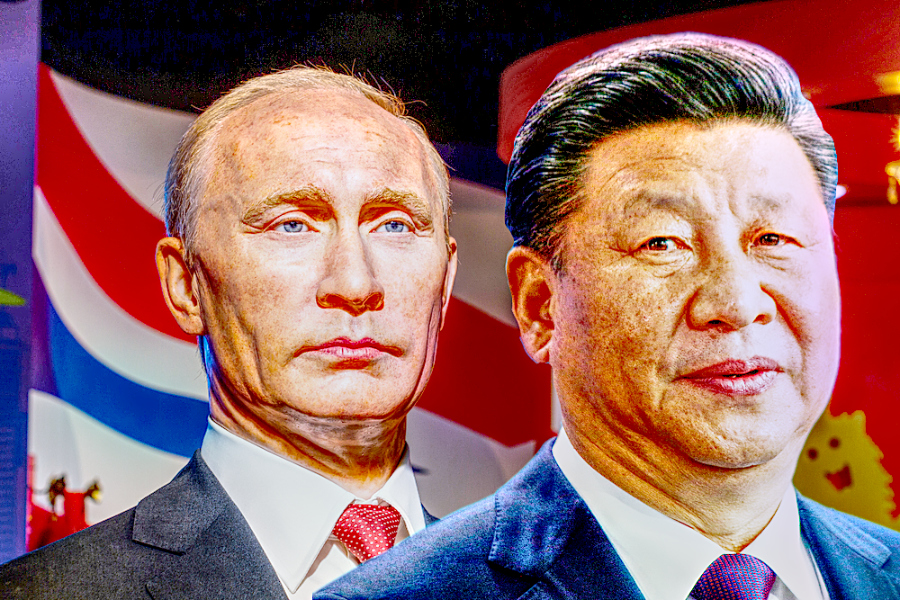 The time to capitalise on a severely crippled USA administration under incompetent Biden may soon come to pass for Putin and Xi Jinping. Russia and China are looking a gift horse in the mouth, as every day and hour passes, their chances to act are waning.

One can only imagine the urgency relayed by the Russian and Chinese generals, whispering in the ears of both leaders.

Sure, there may come a time when America is led by a real leader who is actually conscious, but as long as the Democrats are in charge of the USA, especially with an utter imbecile supposedly leading the country, the time to make strategic moves will be rife.

Biden has killed off the effectiveness of the US military, eviscerated it of any form of battle readiness. The recent war games between British and US marines proved how far the US military has fallen under the auspices of its current moronic, deranged leader.

With Biden more concerned in installing transgender soldiers and encouraging gay parades in barracks, all the while whilst China and Russia are daily training their military to be an immaculately effective and deadly force to be reckoned with.

Biden and his incompetent administration are the gift that keeps on giving to the West’s enemies, you only have to look at the ramshackle disaster of the Afghan withdrawal to see that Biden has absolutely no idea of what is going on.

Chances like this only appear once every century, to have a completely disarmed opponent, not only psychologically but physically open and inviting from all angles. If the Chinese and Russians wait too long, they will miss this unique once in a lifetime window of opportunity.

Who can say which other former Soviet-bloc country Putin will walk into without a single bullet being fired like he did under the Obama tenure, or his counterpart, Xi Jinping and China’s designs on the territories — Taiwan and Australia.

One military commander voiced his opinion on Joe Biden’s treatment of the U.S. military.