Before police officer Derek Chauvin even put his knee on George Floyd, the criminal was recorded saying he could not breathe and foaming at the mouth. The amount of Fentanyl in Floyd’s system was so high it was already causing him shortness of breath, and he was panicking.

He did not want to be arrested and his aggravated state was already causing the blood flow to his heart to be cut off. Compounded with the huge amount of Fentanyl in his blood that could down an elephant, the medical evidence conclusively reveals that Chauvin was not the cause of the death of the convict.

The initial autopsy of George Floyd on May 29 “revealed no physical findings that support a diagnosis of traumatic asphyxiation,” and that “potential intoxicants” and pre-existing cardiovascular disease “likely contributed to his death.”

Although the video of Chauvin putting his knee on Floyd to stop him fleeing initially looked shocking, the autopsy did not reveal any bruising on Floyd’s neck or body. Clean as a whistle.

It was only after the insistence of the Floyd family and race activists that the original autopsy findings were changed to implicate the police officer as the cause of death on June 1.

The truth is Floyd died when his heart stopped. The autopsy revealed he was already suffering from an enlarged heart with constricted arteries, one of five of which was 90% blocked and two others were 75% blocked.

The autopsy subsequently found heavy concentrations of Fentanyl in Floyd’s system and traces of methamphetamines. If Floyd had collapsed and died in the street while being wrested into the squad car, his death would have been attributed to a drug overdose and a bad heart.

Officer Derek Chauvin could not have known of Floyd’s severe heart problem, his deadly Fentanyl dosage, or his blocked arteries. All he knew was he was apprehending a 6’7 heavyset man resisting arrest who could not be controlled earlier by two officers. In this respect, Chauvin was conducting regular police procedure in restraining this unruly person, who refused to sit in the squad car.

Floyd along with another suspect posed as a worker for the local water department wearing a blue uniform in order to enter a woman’s house. When the woman retaliated a Ford Explorer pulled up to the home and five other males exited the car and went up to the front door.

The report states the largest of the group, who the victim later identified as Floyd, ‘forced his way inside the residence, placed a pistol against the complainant’s abdomen, and forced her into the living room area of the residence.

‘This large suspect then proceeded to search the residence while another armed suspect guarded the complainant, who was struck in the head and sides by this second armed suspect with his pistol while she screamed for help.’

Not finding any drugs or money at the house, the men took jewellery and the woman’s cell phone and fled in their car. A neighbour who witnessed the robbery took down the car’s licence plate number.

Later, police tracked down the car and found Floyd behind the wheel. He was later identified by the woman as the large suspect who placed a gun against her stomach and forced her into her living room, the document states.

Justice System Should Not Pander to Race Agitators

Police officer Derek Chauvin was simply doing his job apprehending a known criminal, and did absolutely nothing wrong. If he is wrongly convicted by a biased court which is somehow pandering to BLM activism and race agitators, then this will be a serious wrongful perversion of America’s justice system.

America’s legal system must not pander to the activists however much they threaten riots. The law should be the law in all circumstances. 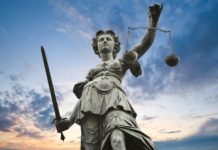 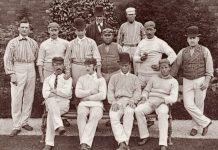