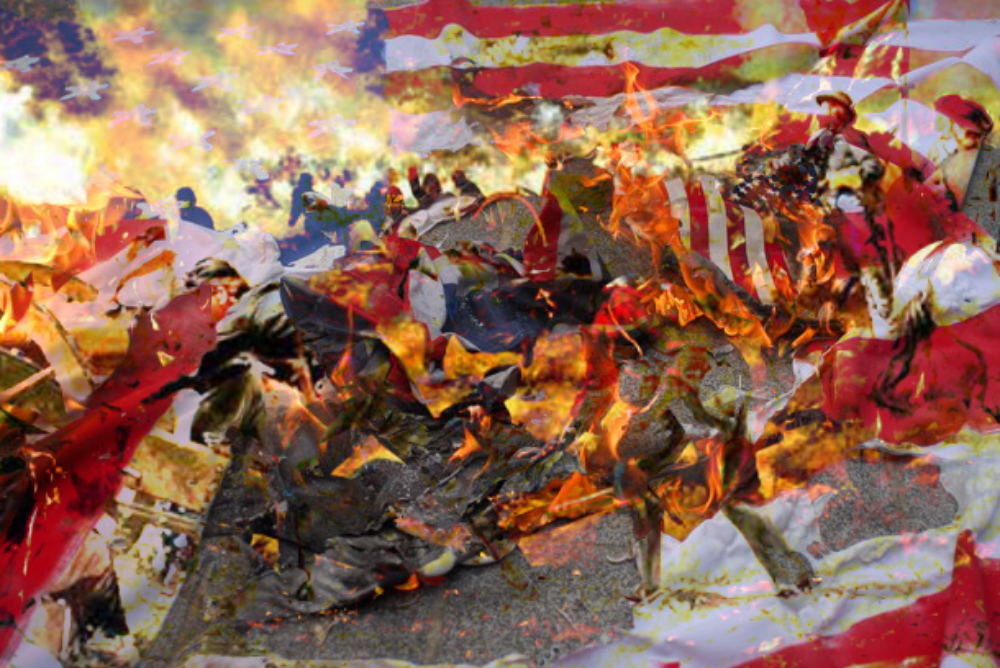 The BLM and ANTIFA crowds all celebrated the death of the American patriot chanting ‘Fuck America’ and ‘Another Nazi dead’. During the BLM march two American flags were burnt and stamped on calling for Death to America.

We have not included any footage of the unsavoury act here, but it can be found all over the internet with a few searches.

Doloff, was identified as a left-wing agitator from the distinctive ‘Rosa Antifa Wien’ space invader tattoo that BLM and ANTIFA activists sport. He was supposedly working for a left-wing news media outlet as a security guard.

The shooter, Matt Doloff, was a big time Occupy Wall Street/Occupy Denver activist back in the day. They’re all BLM/Antifa now. pic.twitter.com/5AEORaXN9g

American citizens who love their country and want to defend it from rioting and looting, as well as the encroaching spectre of communism are labelled as far-right white supremacist fascists by BLM/ANTIFA agitators and the socialist controlled media. 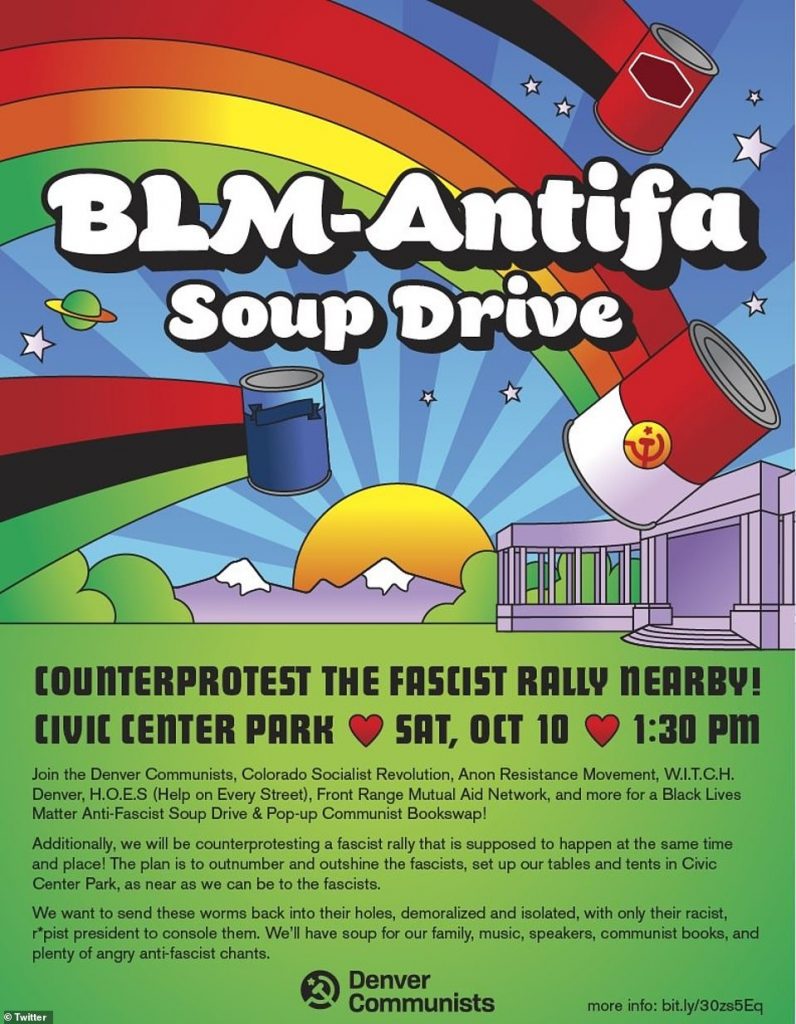 As the November election nears, the tension in America is growing daily, the violence becoming deadlier at every insurgent BLM activist demonstration.

The Democrat party, who fully support the rioting and looting incite more riots daily even having the gall to describe these acts of violence as justified peaceful protests.

America has become so polarised between the left and right that it is almost inevitable that there will be mass civil disorder when the election occurs, especially if the result is disputed in any way.

It seems funding for BLM and ANTIFA is so huge that they would certainly have the upper hand against the American patriots if it came to a fight. With access to large resources, BLM and ANTIFA can buy as many weapons as they want.

Civil war here we come. The next civil war will be between the Marxist communists fighting for totalitarian oppression and communism, and the American Democratic Patriots fighting for freedom and liberty.