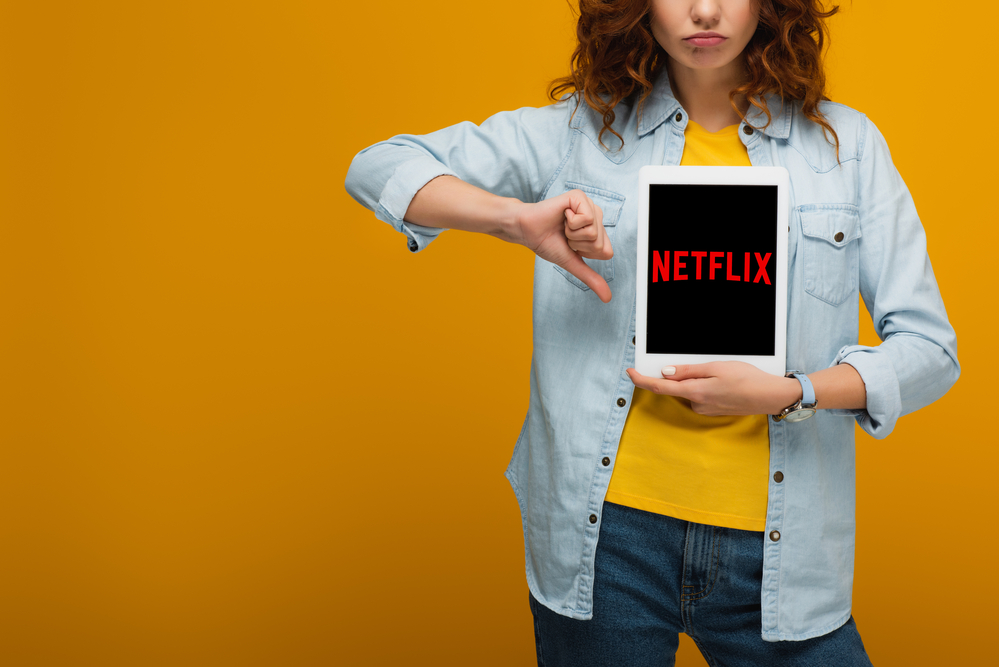 It’s time to cancel Netflix. It was bad enough with the Obamas vomit inducing programs, but now viewers are having Harry and Meghan foisted on them, as they deal out their putrid woke agenda and get paid vast sums of money generated by user subscriptions. For many, this last outrage was a step too far.

One incandescent former subscriber described their “disgust” about the Meghan and Harry deal: “I did not pay my Netflix subscription to fund Harry and Meghan’s woke lecturing series or their freeloading lifestyle. As soon as I heard about it, I cancelled, and will simply watch some of their films from time to time on a free streaming service. Fuck Netflix!”

Netflix has been suffering in the stock market for a while, but with the mass exodus of subscribers, the stock price will no doubt fall further.

“It seems all this bluster about leaving the UK for a quiet life away from the limelight was a pack of lies. These money grabbing vultures left Britain so they can fool Americans to part with their cash and preach their hypocritical wet nonsense. It’s also no coincidence that Susan Rice, an associate of the Obamas is on the board of directors for the company and got them this lucrative gig. Cancelled my subscription!” another angry former Netflix subscriber lamented.

It seems this Cancel Culture thing works both ways, this time the term relates to Netflix subscriptions which have all been shredded by now, and left in the dirt where they belong.