The communist heroes of Black Lives Matter and ANTIFA – Karl Marx and Friedrich Engels – were avowed racists who not only resented ‘lazy’ Mexicans but thought black people were closer to animals in opposition to the highly evolved biological nature of white people.

“Manifesto of the Communist Party”

Isn’t it ironic to see the communist flags flying at ANTIFA and BLM protests/riots and to hear the idiotic sputum spewing coming from one of the BLM founders, Cullors, that she is a trained Marxist is additionally hilarious to behold?

Have these morons not read Das Kapital or any of the letters that Marx wrote to Engels where blatantly racist statements against blacks and Mexicans are casually bandied about?

The proof of the pudding is in the eating, BLM and ANTIFA are replete with illiterate idiots who have not even bothered to read the literature of their supposed heroes that they tout at every opportunity.

It is now completely clear to me that he, as is proved by his cranial formation and his hair, descends from the Negroes who had joined Moses’ exodus from Egypt, assuming that his mother or grandmother on the paternal side had not interbred with a n*gger. Now this union of Judaism and Germanism with a basic Negro substance must produce a peculiar product.

In 1887, Paul Lafargue, who was Marx’s son-in-law, was a candidate for a council seat in a Paris district that contained a zoo. Engels racially commented that Lafargue was tainted by “one-eighth or one-twelfth n*gger blood.”

In a letter to Lafargue’s wife, Engels wrote:

Being in his quality as a n*gger, a degree nearer to the rest of the animal kingdom than the rest of us, he is undoubtedly the most appropriate representative of that district.

It seems communists are just as racist as their opposite in the political spectrum — the fascists. Both ideologies are extremities of the political frequency, and have condemned 100s of millions of people to death.

Whoever is really pulling the strings of BLM and ANTIFA behind the scenes must be giggling their ass off every day. I mean you are getting these people to supposedly protest against racism and do it in the name of Karl Marx, who is probably laughing his ass off in hell as well. Useful idiots or not, the BLM mobs have been taken for fools in the most embarrassing way.

What about Chinese Maoist communists, they love black people, right?

Sure they do, that’s why Africans are denied entry into restaurants or hotels, and treated worse than animals in Guangzhou province.

Frankly, it’s embarrassing that these supposedly ‘anti-racism’ groups have adopted heroes and political systems created and run by avowed racists.

One can only conclude that BLM and ANTIFA are sham organisations and anyone who supports these groups does not know who is truly pulling the strings behind the scenes, using misguided ill-educated people as pawns in a way bigger game than they can ever comprehend.

Somehow, despite the evidence, it is highly unlikely we are ever going to witness a Karl Marx statue being toppled by BLM or ANTIFA mobs any time soon. 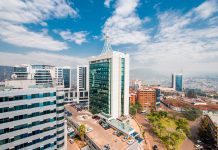