The EU’s policy of open borders will lift the restriction for working in the UK on December 31st when Romania and Bulgaria’s temporary work limits end.

“See that oak tree over there? Well we’re going to bulldoze it in an hour’s time. It’s been there for 250 years. It’s going to be gone in a minutes. We’re then going to build box houses and sink estates all over this area and concrete over everything. These are the new EU directives. No more rolling green fields, no more ancient forests, no more rivers, brooks or streams, no more castles. It’s all got to be bulldozed over,” a construction worker in the Cotswolds told gathered reporters at the scene of the crime. 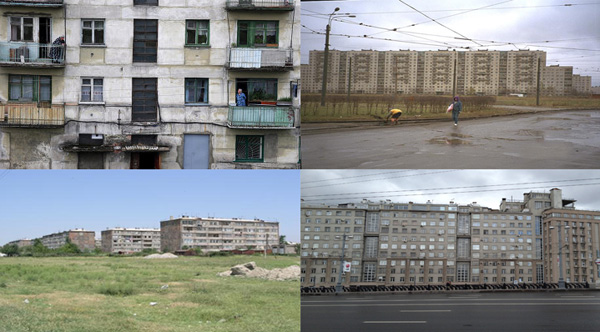 Unfortunately because of the massive population increase from Romania and

Bulgaria, Green Belt land and the English countryside will be built over soon with social housing

The British countryside used to be a beautiful patchwork of rolling azure fields, connected with meandering old roads, quaint stone walls dotted with ancient villages. This is now all going to go when the massive influx will destroy everything.

“It’s not just the fields and forests that will be ploughed up and concreted over, the whole ecosystem that has survived for thousands of years will be completely destroyed. Once this goes, it never comes back. It is forever destroyed and lost in the grey concrete hell that will come; spreading like a cancer across the land, infiltrating every burrow, every blade of grass. No one is going to say anything about this are they? Just watch it on your telly, then switch on to X Factor afterwards. Don’t even bat an eyelid about it, there are more important things to think about like which celeb is coming out of the jungle next,” Jane Featherstone, a countryside activist told the BBC.