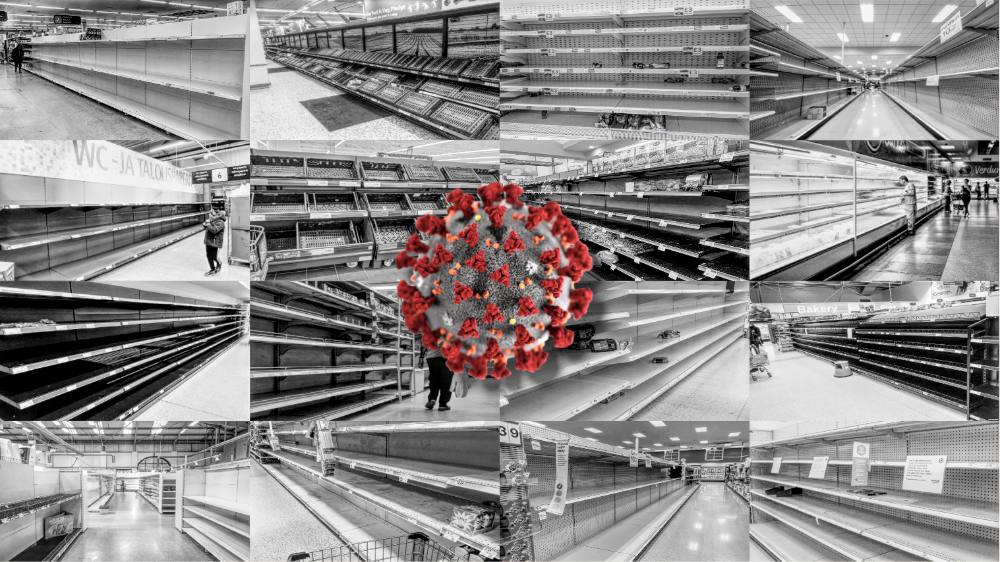 Prudent preppers who spent months preparing for something like the current global pandemic constantly received the ire of the mainstream media, furiously mocked by people who did not and refused to prepare. Where are these people now? Rummaging around empty supermarket aisles with looks of bewilderment on their faces.

Let us make very clear, the people Hamsterkäufe panic buying right now at the last moment are NOT preppers. They are sheeple.

Preppers have the necessary materials and resources to survive, and they also have the right skills to use in an emergency situation. They have been stocking up and training for years and many months.

Before any news filtered through to the West of the Wuhan coronavirus epidemic, we knew something was up in the ether, we wrote a satirical story about global domination needing a global catalyst on January 17th. Western media and news agencies were only alerted to the dangerous global catalyst on the 21st January. Our premonition of something large about to happen was bang on the mark.

The Daily Squib staff have been prepping since January when little bits of news were leaking out of Wuhan, however the epidemic had already been running since November, but the Chinese tried to keep it a secret. We successfully predicted the upcoming global pandemic at the time as well before any other news source even mentioned the word.

To see the people queuing at supermarkets now as they fight over meagre items from near empty shelves is a sorry reminder, that if you hadn’t prepared months ago it is already too late.

For the current pandemic, the warning signs were blinking at the end of December and a few days into January when the first reports started filtering through from Wuhan, China. Immediately, you should have got into gear and started sourcing the right stuff, as many prudent people did at the time.

Governments move slowly, and this is why you as a responsible individual should never listen or believe much of what the talking heads say. The advice has been to avoid masks, for the general public, despite the fact that all medical staff wear them to stay alive.

The government spokesmen are telling the public that there is one rule for them and another for the medical staff who know better. Full face masks do save lives, yet we are being told not to wear them, it does not make logical sense if the interests of these people was to save lives, but their advice is contrary to that, and one can only come to the conclusion that it is NOT in their interests to save lives, but to limit economic damage only.