The new poster is a clear signal that the EU incorporates elements of a Soviet Fascist bloc and is a direct threat to freedom, democracy and humanity as a whole.

A warning from history

“Not only are we laughing in the face of all citizens within the European Union, we are also revealing ourselves to be truly a Soviet system where we amalgamate and assimilate all within our borders. We also hold elements of the Fasci rods keeping the EU nations together in strength, as well as elements of national self-sufficiency and independence, through protectionist and interventionist economic policies. We destroy all individuality, all nationality, and dictate all economic policy. This is the EU, and when we get our stormtroopers goose stepping on the streets, you will see what you have got yourselves into. Remember that evil is allowed to happen when good men stand by and do nothing. The EU was allowed to happen, as was Stalin’s Soviet bloc, and Hitler’s Reich. No one did anything, nations stood by until it was too late, banks financed them until it was too late. The same is up with the EU, no one did anything, and unelected EU bureaucrats now rule over you. You pay for my unlimited expense account and my diamond encrusted pension plan, my unlimited global travel perks and my laughter at you pleb citizens, the scum that you are, I laugh and spit at you,” an unelected EU bureaucrat said from the EU parliament yesterday.

An EU Army is the next step for the totalitarian state

British premier, David Cameron, who knows very well what the EU is and how it will finally reveal itself to be a totalitarian Soviet Fascistic state, was all too eager to proffer his congratulations to the EU for its recent Nobel Peace Prize.

“I have been told to say this by my superiors in Brussels. I say to the British people that the key to joining the Eurozone will be Scotland. When they embrace the EU, as Southern Ireland did, then we as England will be given no choice but to join the EU as well. I know the plan, as do many other cabinet members. A referendum in Scotland is the key to the Scottish people breaking up Britain until it is ultimately weakened. Divide and conquer, as always, a British Empire trick is being used against us, and I am complicit with my masters, as a traitor to Britain. I have emphatically denied the British people an In/Out EU referendum, because I know that the British people do not want any part of the EU. To this end, I am a liar and traitor to my own people but my masters have promised me great things for delivering the UK to them on a platter. Our laws in Britain are fully managed by Brussels/Germany now and it is going to get even more insidious in the future. We were not defeated in WW1 and WW2 but Britain will be defeated by me denying the people their rights to determine their destiny. You say we live in a democracy, I say you do, but that democracy is under EU regulations now and they will tell me what to do about how much democracy you are allowed from now on. So please carry on as you are, watch your Come Dancing and Britain’s Got Talent shows. Do not think for one second about what is going to happen to you, or your children in the future. Why not just text away and read your Facebook page. There is nothing to worry about.” 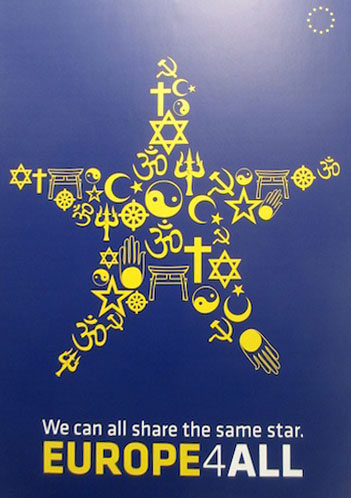