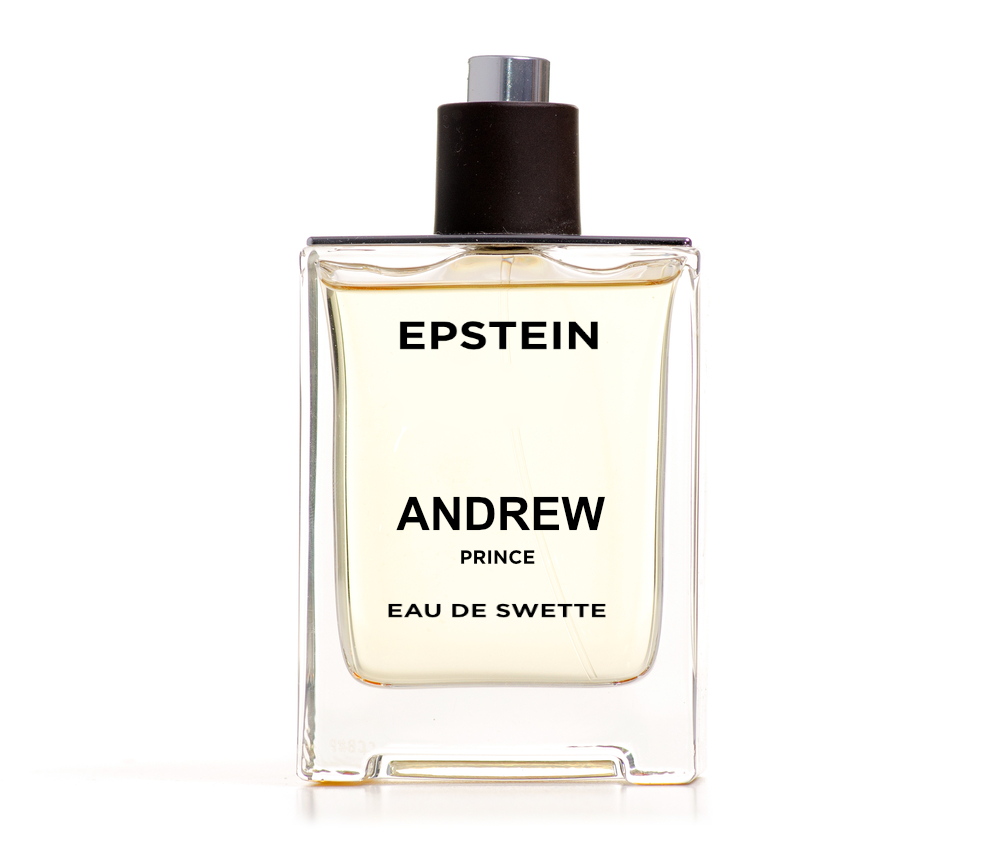 It doesn’t get nastier than this, some enterprising entrepreneurs are now selling bottles claiming to be the sweat of Prince Andrew on auction sites across the globe.

In China, you can buy a one litre bottle for $350 each, but the question is, what on earth do people do with the stuff?

Labelled as the sweat from Prince Andrew’s armpits and butt crack, the sweat bottles are falling off the shelf, as many Asian men consider it an attractant to women as well as an aphrodisiac. Virginia Roberts, the concubine Andrew allegedly slept with, recalled how the prince sweated profusely all over whilst he was dancing in a night club.

“I tooka one drop and Beijing girrs awr ovah me! It rike I wenta claaazy!!”

Unfortunately, Mr Lo was arrested shortly after and will be charged for sexual assault on multiple women.

One vendor claims the princely sweat was collected off the floor of Tramp nightclub on the night the prince allegedly did not have a leg over session with one of Epstein’s concubines.

“This stuff frying off shelf rike nothing ah sold befo!” another happy vendor claimed in an email.

Having had a sample of the bottle’s contents analysed at a Swiss laboratory, they were found to contain the sweat of a pig. One suppose’s there’s not much difference, but stay away from the bottles of prince Andrew sweat folks, it just ain’t worth it.