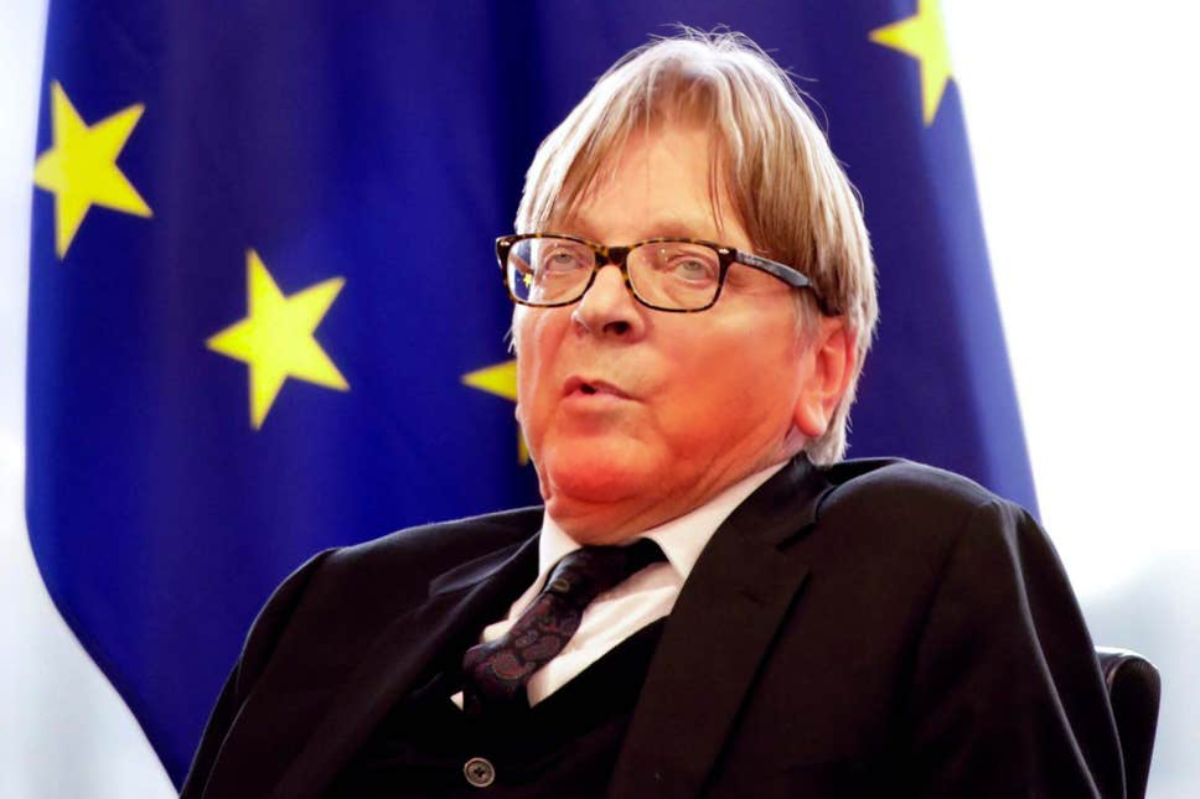 The scenes in Brussels after Boris Johnson’s Brexit aide dropped off a copy of the new Brexit deal were chaotic and at one point grotesque.

“Verhofstadt came into the room like a bull in a China shop, he abruptly grabbed a copy of the Brexit deal already fuming because he hates the British so much. His face got redder and redder after each page was turned, until we heard some popping sounds, you know like popcorn. Each time there was a pop, Verhofstadt’s eyes flinched in pain, and this is when he started shaking uncontrollably, like in the John Carpenter 1982 film ‘The Thing’. All we could see were the whites of his eyes, as the popping sound accelerated, and the smell of shit, rotting puss and blood from his exploded haemorrhoids infused our nostrils. That’s when I fainted,” one of the secretaries present at the meeting revealed from hospital afterwards.

As for Verhofstadt, doctors were immediately called to the scene where they declared there was nothing they could do. According to one doctor, professor Emil Schaffhausen, Mr. Verhofstadt endured a multiple haemorrhoid explosion which rendered his anus useless.

Doctors at the renowned Swiss Clinic for Rectal Reconstruction in Gstaad may be able to make a new ass hole for Verhofstadt, but that is highly unlikely.

Meanwhile, French Brexit coordinator, or chef, Michel Barnier is looking into the new Brexit deal, and hopefully he will murmur some good thoughts for a change.