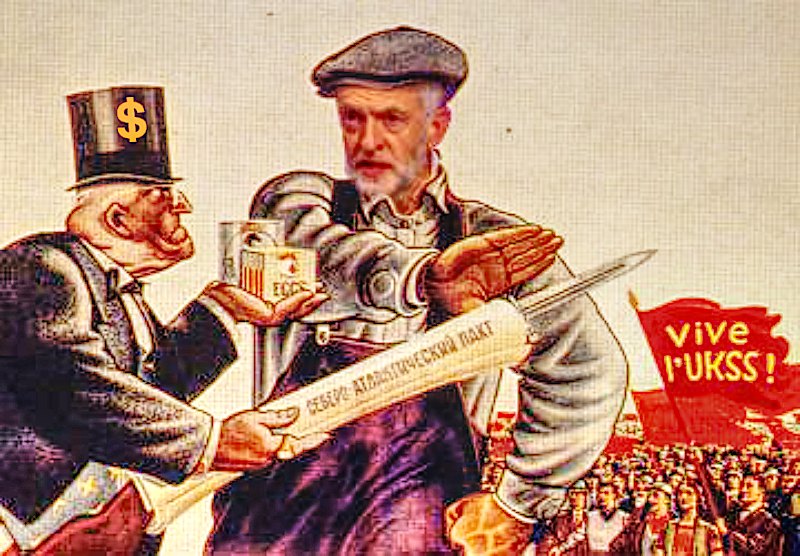 Comrade Corbyn today decried the nightmare scenario of a Britain after a No Deal where massive trade deals were created with America, and prosperous business flooded into the UK from the USA.

Speaking in the Soviet heart of Salford, the Marxist Comrade revealed his disgust that such a nightmare scenario could fall over the country.

“I am disgusted that business could flood in from America, and the country would conduct massive lucrative trade deals with the capitalist Yankees. This nightmare scenario of a low tax United Kingdom which would entice global companies to conduct their business within our shores is abhorrent and against everything I stand for.

“My dream is of a Bolshevik Britain where collectivist Marxist ideology would take away the hard-earned wealth of citizens and private business to redistribute it to people who do not deserve it, to nationalise everything and most of all to bring back British Rail sandwiches and uncollected bin bags.

“It is contemptuous that Mr. Boris Johnson, that capitalist swine even considers to increase Britain’s economy and global wealth, as well as make Britain a sovereign nation in charge of its own laws instead of being ruled by a bunch of unelected EU Commissioners.”

The assembled crowd of Commissars, Bolsheviks and Politburo members all erupted into spontaneous applause as Comrade Corbyn spoke. BBC reporters covering the scene were all in tears of joy, speechless, they just clapped in unison, their eyes staring with utter adoration.

(loud and prolonged applause. A voice: “Cheers for the great leader of all our victories, Comrade Corbyn! “)

(All rise. Loud and prolonged applause rising to an ovation. Voices in different parts of the hall: “Long live great Agent Cob, Hurrah!” “Cheers for the great leader of the peoples!” “Glory to great Corbyn!” “Long live Comrade Corbyn, the candidate of the entire people!” “Glory to the creator of all our victories, Comrade Corbyn! “)