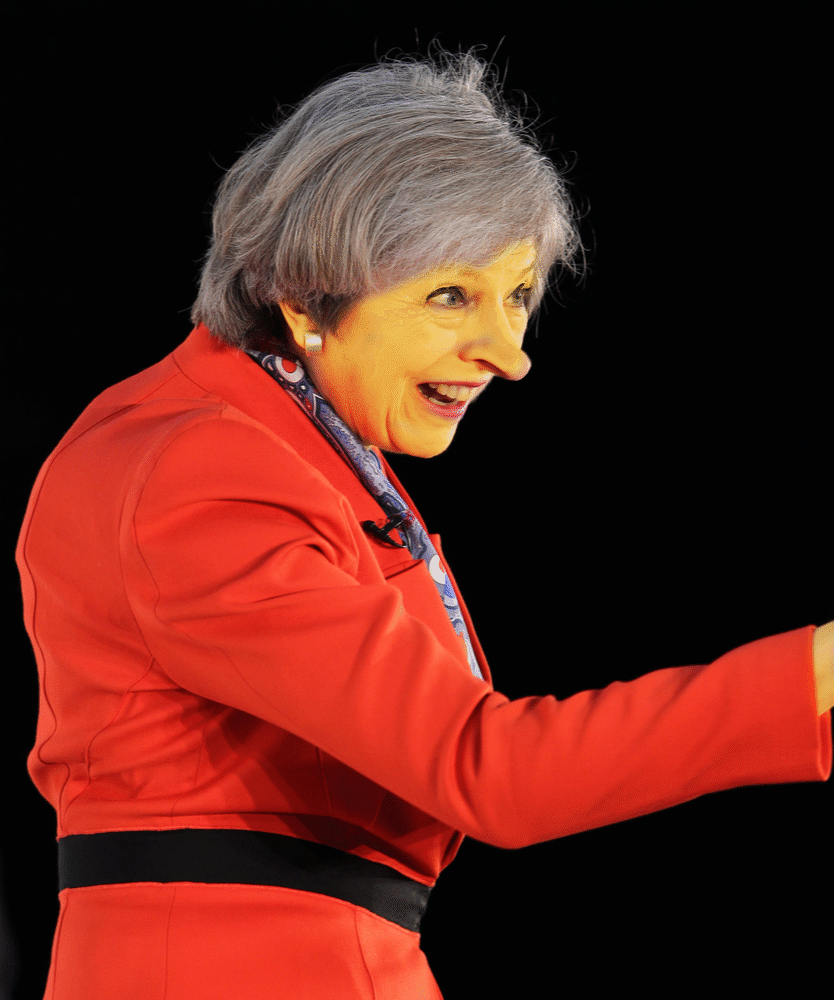 Worried Number 10 aides are concerned for the welfare of ailing PM Theresa May (aka Madame Frit) and have noticed an uncomfortable change in her demeanour.

“When she announced she would postpone to vote on her BRINO deal just to save her position as PM, I noticed a distinct smell of urine, and a yellow complexion come over her,” the aide revealed.

Theresa May’s makeup artist has also had trouble covering up the cowardly PM, who would rather see the country and her party destroyed than resign.

“She came in for her morning fit up, and as I brushed the makeup on her, my brush was stained yellow. It also stank of the trousers of an old tramp. I plastered another even thicker layer of makeup but the urine smell did not come off and her complexion was even more yellowy.”

It’s also funny because Theresa “Dodgy” May is also known as a liar, and her nose seems to be growing as well.

“Theresa May is now an unhonourable lying piece of cowardly shit. Most of us knew this from the beginning, however it is now known by everyone,” another aide quipped as the PM suddenly entered the room unannounced.

Unfortunately folks we will have to put up with the festering fermenting cowardly maw of Theresa May for a longer time. This means she will have to be effectively shoe-horned out of the post, but can her equally cowardly ministers manage that job?