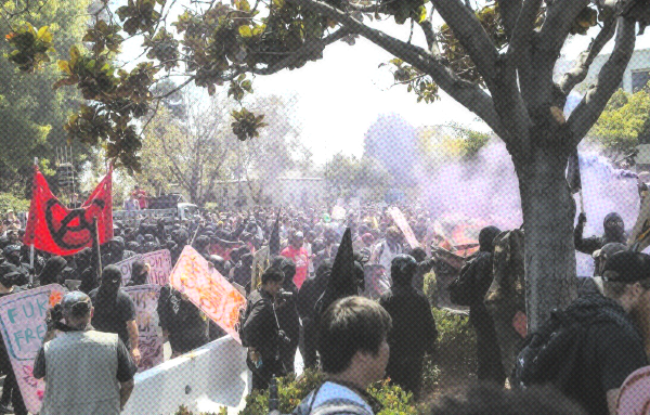 Berkeley College activist students were up in arms on Monday demanding that the French language only caters for two genders and should include other genders in its grammatical noun system.

Berkeley gender activists are boycotting all French products and French lessons until the French rewrite their language to include multiple gender types and sexualities as well as transgender types, that fall under the Californian Gender Codex enshrined in state law in 2010 and honoured by Barack Obama himself.

Every French noun is either masculine or feminine, and this affects how the noun is treated. One more or less has to memorise the gender of each noun, although you can often tell whether a word is masculine or feminine by looking at its ending. Masculine nouns often have the ending: aire.

In French the pronouns (Le, La, Les) will depend on the gender of the noun in question. All the nouns are masculine or feminine.

The French gender issue arose when one activist took a semester of linguistics and was shocked how the French language only catered for masculine and feminine nouns.

Donny Fargotte, 23, a student activist was outraged by the exclusion of transexual nouns and verbs in the French language and its exclusivity to masculine and feminine.

“This is gender fascism. We detest masculine, the word masculine itself is an attack on every gender status and should be outlawed, but to have a language that only has masculine and feminine descriptions of nouns is disgusting. I stood up in my class and shouted. I cried and cried for three days at this outrageous exclusion of all other genders. This is why we have a big problem. We are going to petition the French government to change their language.”

Some of the suggestions proposed by the activists is to change (Le, La, Les) to (Ze, Zee, Zees) and that all references to masculine and feminine grammar be erased completely.

On Tuesday, a Boycott French day will be held at the campus, and next week, a visiting professor from a French university will probably be met with riots.