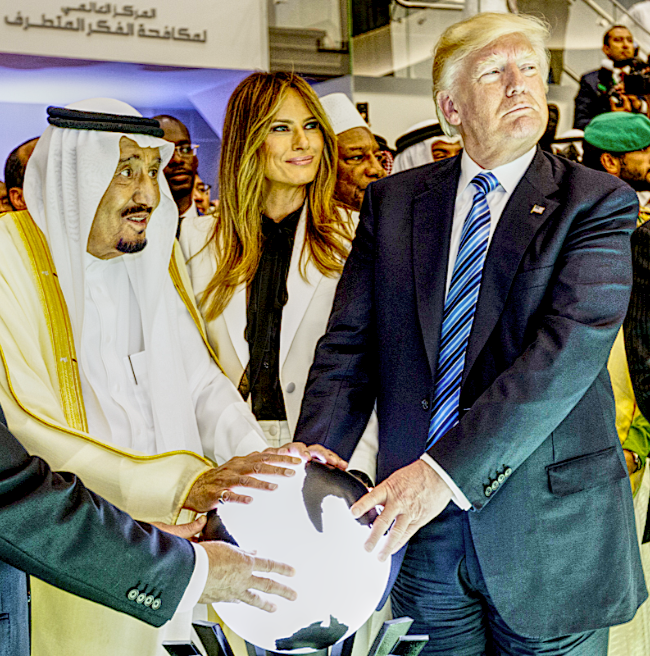 “We were meeting the Saudi King when Donald let off a large ripping fart. We all waited for a second, then the smell wafted around. Imagine a bouquet of rotten eggs, sardines, mouldy cheese alongside curdling milk and fermenting sewage, and you get the picture. Naturally, my husband did the honourable thing and ignored it, whilst the Saudi King was seen retching and looking around wildly for an escape route.”

Mrs Trump, always the pleaser, also describes how her husband farts with such gusto in bed, that he actually stains the bed sheets, and they have to be changed every hour by White House cleaners.

“He eats the regular stuff. He has three or four steaks every day, lots of eggs and burritos by the dozen. We are not sure what is causing the problem as everything is organic and gluten free?” Melania Trump revealed in the interview.

With such a productive gut, there are concerns amongst White House aides on what could happen when the Trumps visit the Royal family in Britain in December.

“Royal protocol is rather strict however having a U.S President farting copiously in front of the Queen could be quite amusing and bring an air of comedy to proceedings. We are sure Her Majesty has seen and heard a lot more in her time, especially with the Duke and his legendary rippers,” palace spokesman, Giles Humble, revealed on Monday.