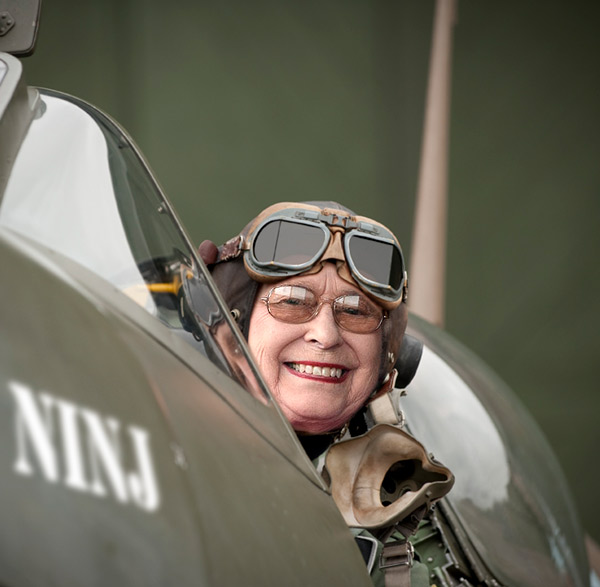 The Crown Estate made a whopping £328.8m profit last year, mainly due to those ‘ghastly’ wind farms the royals invested in.

To celebrate, the Queen took to her personal hangar, and plopped herself into her favourite Supermarine Spitfire, which she lovingly calls ‘Smithy’.

Squadron Commander, Benson Molyneux, trained Her Majesty only last year and was astonished at her natural flying skills.

“She took to the throttle like a baby does a bottle. Before we embarked on the first flight, the Queen asked if there were any Jerries we could shoot down? With a hearty laugh, I exclaimed that we could always make a sortie to Berlin or perhaps Brussels.”

The Queen now flies her Spitfire whenever she feels like it, and has even taken her favourite Corgi, Willow, up into the clouds on occasion.

“One likes the feel of the Spitfire, especially when one is conducting a half roll loop at 300mph at 15,000 feet. Yes, one has stalled a few times, that was during my third flight, one was rather careless with one’s elevators which are very sensitive and one brought up the control column too rapidly during a loop. The aeroplane shuddered and one heard this clitter clatter sound much like Philip’s hip joints, bringing the left wing suddenly downward. One managed to recover relatively quickly by cutting the throttle, applying opposite rudder to the spin, moving the stick forward gently until the spinning stopped, then gently applying one’s throttle to level the flight. One was very cool and measured at that point, but one nearly made a poopy in one’s panty.”