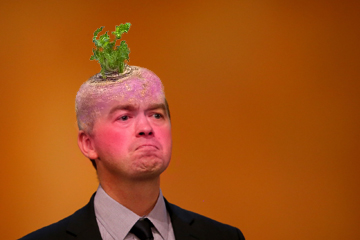 Hounded for weeks by homo rights protesters for not admitting on television that he did not approve of gay sex, the Lib Dem decided to prove first hand so he can be seen as a contender for the coming election.

Mr Farron’s  assistant Rosie Boyd arranged for the Lib Dem leader to visit a gay sauna where in full view of gay rights activists and gay news media, he forced himself to bend over and be serviced by a troupe of homosexual Lib Dem voters.

“I wanted to prove to homosexual voters that the Lib Dems are with them all the way. I just got buggered up the poop chute by a large man from Hampstead Heath. Afterwards, the gentleman revealed he had full blown AIDS and hoped I would not mind. He said he would vote Lib Dem in the election, so I forgave him,” Farron told ITN news.

“Although deemed as an unnatural perversion by many globally, gay sex utilising the anus between two men is seen as normal by gays plus it’s a great way to spread diseases to keep the world population down,” one proud gay activist who also has HIV and Hepatitis revealed. 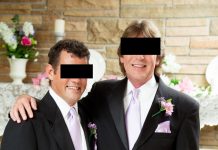