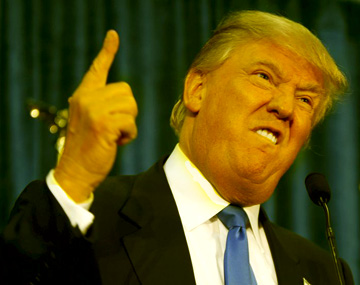 What a start to a presidency, if one was to say it was akin to a pathetic plopping sound heard in a toilet bowl they would be correct.

Trump keeps putting forward laws that are simply brushed aside by judges obviously on the payroll of the Obama contingency.

Whatever he does is easily swept aside, and pronounced null and void or dismissed as something the Russians ordered.

What kind of a presidency is this? A lame duck one, and it will only get worse as the democrats and their cronies all vie to scupper each and every Trump made order.

Already, Trump has been shown to be a weak, meandering president, going everywhich way but the right way, opposite to what he proposed during his election campaign.

Want to build a wall? Probably will never happen

Want to tame China? Trump too weak to try

America is now a floundering country seemingly ruled by rogue judges who can affect any presidential outcome as they wish. Pathetic, weak and yellow, the United States is now seen by the rest of the world as yella, a urine stain, cowards, chicken shit.

C’mon Trump get some balls, where you at boy?