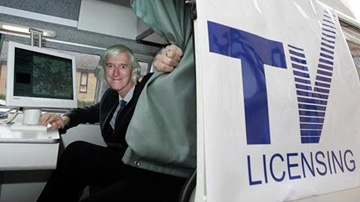 If you do not pay the TV licence tax from the age of 18 – 75 you will save £8,000. That saving in itself should be impetus enough to never pay the nefarious BBC taxation.

Many of us grew up with the BBC, however the corporation has changed for the worse in recent years, it now has a very noticeable bias towards the EU, possibly because it receives millions of pounds each year to continue broadcasting pro-EU propaganda. Also, the quality of the programming has deteriorated to such a level that much of it is unwatchable pap.

The only redeeming factor for the BBC recently was the Taboo drama series starring Tom Hardy, but that’s about it. One can easily watch the odd good BBC program on an internet streaming site where the servers are located somewhere in China. The internet is now full of websites streaming the latest Hollywood films and series all served up from China where there is no such thing as copyright. British ISPs have been ordered to block these sites, however if one is blocked they either change the url or another ten servers pop up in their place.

What does this say about copyright and the rights of the producers of the material being streamed on the internet? Sadly, it’s a losing battle because in some parts of the globe there is absolutely no respect for copyright resulting in a loss of revenue for film companies and the industry as a whole. Unless China stops what it is doing, nothing will change.

The plus side for all these shenanigans is that you don’t have to pay £17.80 every time you want to watch the latest film release in the cinema. Just log on to the internets and watch it for free, most of the latest Hollywood offerings of late have been so awful, that when you fast forward the film you will take great pleasure that you saved yourself the cost of going to some overpriced cinema and wasted your well earned money on utter shite.

The same goes for the BBC, by not having a licence you have actually not missed much. There is no point in paying for something as substandard as the BBC is at the moment and the severe left-wing bias that is blatantly shown every day.

Watching an episode of the Grand Tour on Amazon is proof of that very point, where the BBC has failed miserably, Clarkson and those erudite chaps he hangs around with are making a killing elsewhere, leaving the BBC in a total mess, a turgid morose void of blackness has filled the BBC space, and it is getting worse every day, every year.

We need millions more people to join us in this peaceful resistance to a nefarious taxation on the TV. The more of us that hold out, the less funding the BBC will receive. That point alone is a point of victory, so spread the word, the more the better. We must be almost evangelical in our movement to destroy the BBC TV tax that is unjust harassment, corrupt and ultimately criminal in its enactment.