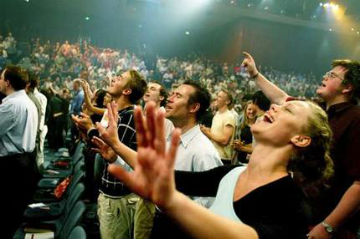 The insane brainwashed Christian evangelists came up to the podium one by one to dole out their religious nonsense, and this signalled the turning point in America’s direction.

The US will now revert back to the heady days of George W. Bush post 911, and a full frontal assault on the whole of the Islamic religion.

There’s nothing wrong with that, many will say, however, this stance always fails because by further attacking Islam, one only fuels more terror, and recruitment into the fighting, defensive stance of their religion, many who were previously peaceful will join the fight against what they see as an unjust attack on their religion and lands.

Under a Trump presidency, we will thus see a noticeable escalation of numbers of jihadists created, more terrorism and more ISIS territory gained.

We will also see increased hatred of Islam within Europe and the United States, where citizens who overtly dress like Muslims will be attacked in the streets and told to leave.

Trump has already talked about blocking Muslims travelling to the US, however he has not stopped there, he has also alluded to detaining Muslims in camps, away from the general populace. These camps are already being prepared, as they were previously FEMA camps, and the lists of known Muslims within the US have already been drawn up. Those who are armed will be rounded up first.

The use of religion to create war is an old technique utilised by many throughout history, and Trump, with the Christian evangelists in tow is now on a mission from his god to decimate the Middle East further, of course with the full support of Israel.

This is all a consequence of pulling the rubber band too far during eight years of Obama rule. At some point the rubber band snaps back to its original state, the state of deranged Christians and their false religion of peace. The state of the true white America.