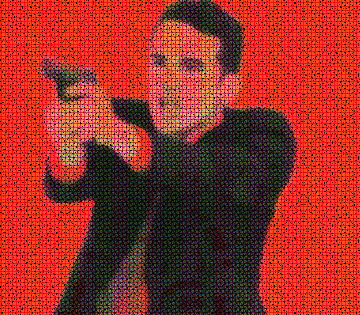 It is very hard to know what is going on in the ground in Syria, and which factions are with which. For example, the Turks are said to be helping the Russians in cleaning up ISIS, however there are rumours that Russia is humiliating the Turks by siding with the Kurds, the YPG and PKK, and they cut off a supply route to rebels backed by Turkey in Aleppo. The official story is that Turkey is working with Russia on the ground in Syria, but there is no way to know this for sure as all news that comes from the region is contradictory.

The Western media is no help, as they have little or no information about what is going on, although the intelligence agencies obviously know a lot more than the mere layman or press.

To see how this assassination of the Russian ambassador plays out is a complete toss of the dice, either Russia can go ballistic or they can show some restraint and find the culprits.

It is interesting however that the current news releases state that the gunman held a police ID badge and was admitted to the gallery without a blink of an eye.

Could this be the next step in World War III?

Our analysis sees an escalation in proceedings, whether in Syria or Turkey. We could see more Russian troops deployed in the region, but if the paranoia increases there could be recriminations towards the Turks from Russia, although this depends wholly on the results gleaned from Russian intelligence operatives who will be investigating this incident. When they do come out with a conclusion, should they be believed any way?