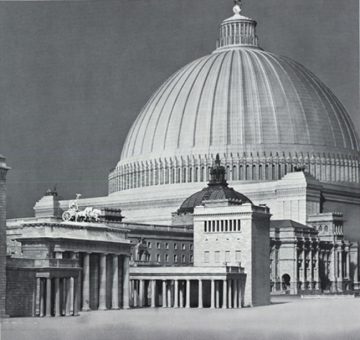 Ein Volk, the proud German nation has been reduced to a band of simpering ninnies, opening doors to their own tormentors.

Angela Merkel turfs you out of your own homes to house migrants, and you shrug your shoulders in acceptance, your ancient close knit towns now a seething mass of invaders, and you look away not even voicing any form of comment, let alone disgust.

Communism means acceptance in defeat, and the German people have been defeated so many times, they revel in their own misery, accepting the pain, over and over again.

Deep down in the German nation, there has to be someone to rise up, to bring forth the true spirit of the Germanic people, and to cast off this disgusting cloak of simpering victimhood that has befallen the nation.

What you have now is not Germany, and every day, every minute you waste in masochistic cowardice, the longer it will take to reclaim what you had before.

Angela Merkel, a creation of Soviet East Germany, has sought to completely scramble Germany, to subjugate its people and to tear it apart with infiltrators who are completely different to its original inhabitants, not only in religion, but in every type of human cultural qualities.

This action, of flooding, especially due to the Schengen ruling, will not stop until someone gains power who will stop it.

Germany must free itself or perish forever, forgotten in the sands of destruction.