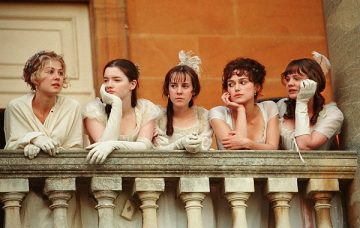 “I’m not like those other actresses who are all talk and never do anything. This time I’ve given all my money to charity and will live in a tent in Afghanistan because I’m so ashamed of Britain and their stance with refugees,” Ms Carey Mulligan told the Daily Telegraph.

The actress who lives in a £6 million mansion in Highgate, London rarely talks to foreign people and solely hangs around other successful white actors.

“I was in Claridges and this little dark boy came up to me. He spoke some strange language and smelled rather awful. I was astounded at first as I had never encountered a darkie talking to me. I only star in period dramas where everyone’s white. Anyway, I gave the boy a hurried smile before he was thrown out of the building. That night whilst dining at La Gavroche, I felt a pang of guilt, maybe I should have given the boy a few pennies.”

Ms Mulligan further states that Britain needs to invite all the world’s refugees into the country, but not in any neighbourhoods where rich luvvies live.

“We couldn’t possibly have that. Imagine walking out of your mansion and seeing these poor peasants from this or that land walking about. House prices would plummet.”

The sale of her current property is currently going well and Ms Mulligan hopes the Afghans she meets will be pleasant, especially the Taliban.

“I sincerely hope they have something like the Garrick club in Afghanistan. Somewhere, where I can relax and enjoy a few champagne cocktails,” Ms Mulligan, revealed before being chauffeured away in her top of the range Bentley.