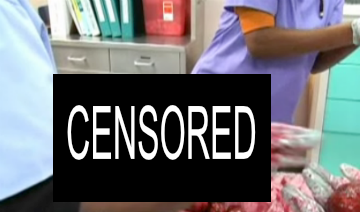 WARNING: Some of the medical descriptions could be upsetting to some readers.

The celebrated ‘right-winger’ styles himself on conservative values yet exhibits completely non-conservative practices in real life.

Speaking after the show, the doctor who attended the Greek lover was overcome by what he had sadly witnessed.

“In this day and age we see a lot of things in our hospitals, especially from gay men who come in with all sorts of paraphernalia stuck up them, however what I saw with this chap should be dealt with in medical journals. All I’m going to say is, it was somehow inside out. A thousand times worse than anything George Michael could have come up with, another Greek love aficionado.”

The American talk show host, Jess Jessup Jessup, was calm at first but noticed some nasty goings-on from the seat where Milo had perched his well-used posterior.

“I noticed some bubbling frothy stuff. Then the smell hit me. It smelled like an abattoir with raw sewage mixed in with the sounds of wind. Farting for these fellows is different to normal people though because their sphincters are so loose, this was the sound of wind going through shutters. Backstage Milo had mentioned just being serviced by a pack of black guys, so I assumed rightly, Milo was having a prolapse right there and then.”

Luckily for the talkative narcissistic dilettante, he was rushed off to hospital with a plastic bag under his bottom. The stitch up operation should take months.

It’s only a matter of time before the poor chap may have to have the whole damn lot removed completely.