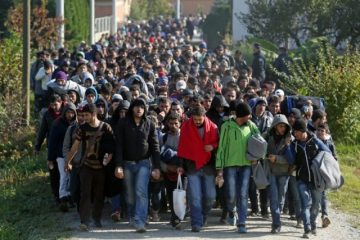 Communities have been blighted in Germany as their towns and villages are taken over by hundreds of thousands of people who harbour deadly terrorists waiting for their time to strike.

The free movement within the Schengen death zone enables these terrorist cells to travel freely within Europe, and to smuggle deadly weapons without any form of checks at borders.

Countries like Kosovo where there are vast amounts of unlicensed guns are vying for EU membership and are currently in the fast-track queue.

The Syrian Jihadi cells that have infiltrated Europe through its open door policy are numbered at a moderate 5,000 by EUROPOL, however if one were to include radicalised homegrown Jihadists, and disenfranchised Muslims within the continent, the  numbers would be well up in the 100,000s.

The well trained terrorists that were invited into the EU merged with migrants. These are battle hardened men and women, trained to blend in, who do not overtly look Islamic, and indulge in alcohol and Western customs. They are triggered by their handlers or news events at any given time, their weapons ready, they can commit attacks within the Schengen zone at any point, and for the European security forces, it is akin to finding a needle in a hay stack.

The role of the attacks on Europe encompass many motives, but the main role is to inculcate a feeling of total fear, the second is to make Muslims living in Europe a pariah, to be hated and feared so much that they will escape to the Middle East and the so-called Caliphate. This within Islamic terms is called the Hijra (migration).

The French seem to have borne the brunt of the attacks in recent months with the Nice attack and numerous others. The Germans have had their fair share, but these are silenced as much as possible by the authorities. Western women are targeted and raped by Islamists, but the worst part of this horror is that EU officials cover up the news and they are not reported by the press.

The only solution is to shut off the Schengen free movement zone completely. All borders must be sealed off if Europe is to be saved from this savagery, however one suspects this will never happen under Merkel and Juncker’s watch.

It is almost as if they invited terror into Europe willingly and are encouraging the deaths of EU citizens with their actions. Maybe it is so, maybe that is their wish, for they have now created a climate of utter terror and fear in Europe where Muslims are outcasts and lepers to the predominantly Christian population.

If nothing is done soon, there will be all-out war in Europe, civil unrest, and riots where people take it upon themselves to commute justice on those they view as wild savages.

They will keep coming and coming, every day, every minute, more will come, and the next day even more, and there will be no checks, no stops, no order, a constant deluge until Europe is no more. 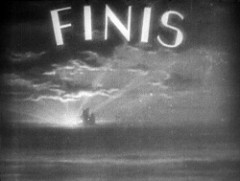