Cracks are already being felt in the government’s taxpayer and Goldman Sachs funded campaign to keep Britain in a failing EU that has nothing much going for it.

With Obama back in America licking his wounds after being savaged for his heavily scripted meddling speeches, and the EU being inundated with even more migrants crossing into the continent from Libya and Greece, the augurs do not bode well. 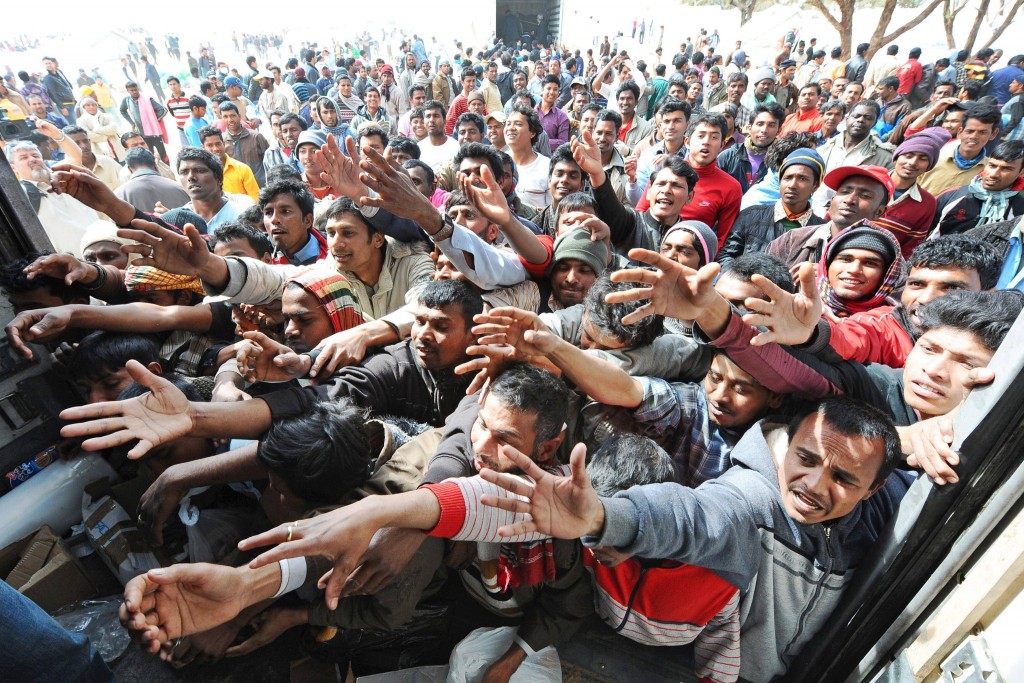 Speaking today on the Andrew Marr show, the Home Secretary admitted that ‘free movement makes it harder to control immigration’ and ‘I understand why people are concerned about immigration. It has an effect on public services and jobs’.

Theresa May’s speech at the 2015 Conservative conference further reinforced the trepidation over mass unfettered immigration into the UK: “Even if we could manage all the consequences of mass immigration, Britain does not need net migration in the hundreds of thousands every year … The evidence – from the OECD, the House of Lords Economic Affairs Committee and many academics – shows that while there are benefits of selective and controlled immigration, at best the net economic and fiscal effect of high immigration is close to zero. So there is no case, in the national interest, for immigration of the scale we have experienced over the last decade. Neither is it true that, in the modern world, immigration is no longer possible to control … The numbers coming from Europe are unsustainable and the rules have to change.”

In 2015 the Home Secretary said that EU migrants should have to have a job offer to enter the UK, but David Cameron’s supposed renegotiation omitted this stipulation and all EU migrants who come to the UK can just say they are ‘looking for work’. Under EU law ECR I-745  it is illegal to refuse entry to anyone within the EU borders.

Thousands of people are pouring into the EU borders daily. The primary routes are through Greece and Italy, however there are new routes opening up from Russia and the Black Sea. Once in the EU, they have the right to make their way into the UK when they become registered by the authorities within the European Union.

Not only is the EU making it harder to deport dangerous criminals from the UK, but the head of Europol even admitted, Jihadists and dangerous terrorists are flowing into the continent and into the UK.

More than a quarter of a million people came to the UK from the EU over the last twelve months – a city the size of Newcastle – which adds to the pressures on our NHS and other public services.

The only way to take back control of our borders and have a fair immigration policy is to Vote Leave on 23 June.