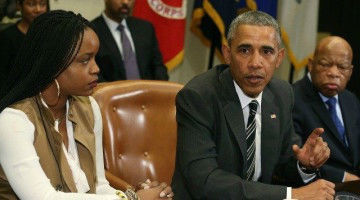 As the fifth largest economy in the world, and a major export market for the USA, the United Kingdom is well placed to secure a swift deal too.

“This is a case of political positioning trumping reality and is a million miles away from from the facts on the ground. The United States reached deals with Canada and Australia in two years so no one will seriously believe it will take five times as long to conclude a UK deal.

“No American President would consider giving up as much sovereignty as we have. This referendum is about us regaining our independence as a nation and taking back control of our economy, our borders and the £350 million we hand to Brussels each week.”

The US has previously concluded major free trade agreements in under two years. The UK can expect the same.

The US has concluded trade agreements with far smaller countries than the UK. As the fifth largest economy in the world, and a major export market for the US, the United Kingdom is extremely well placed to secure a swift deal.

The US is only negotiating one trade agreement at present. The ‘queue’ is not very long.