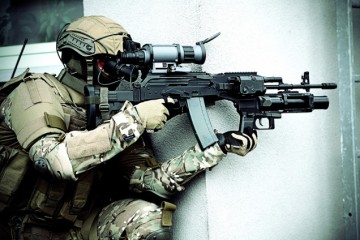 If Britain were to leave the EU its position would be strengthened because there would be a vast increase in the military budget. Security would be a paramount issue, and the stemming of the dangerous flow of unfettered migration would be halted.

One must not listen to the scaremongering about Britain’s position in the world, when this country has survived through history without the EU and time and time again come out stronger.

To stay in the EU would make us weaker. Primarily because the EU is faltering, its Schengen ruling a thorn in its side, a slow beast led by ineffectual bureaucrats unelected and unconcerned for democracy.

The EU is dying in front of us, overcrowded by mass unfettered migration, internal squabbling, poor economic choices with Eastern European nations bathed in poverty. The PIIGS overburdened by enormous debt and unemployment. These are the terrible shackles that are holding Britain back, poisoning our economy, our right to move forward.

The Europhiles can bring out as many ex-military men as they want to sign letters saying Britain should stay in a doomed EU, but do they really understand every minuscule variable and strand that this entails? No, is the emphatic answer.

Scare us with ISIS? And other horrific troublesome tales of woe, but Britain would stand tall in the current global malaise out of the EU. To be out of the EU does not mean out of Europe, Britain will always be part of the continent, albeit slightly offset by the Channel.

Out of the EU. The MOD’s yearly expenditure would rise to enormous levels. Britain would once again embrace its great military history and not be watered down as it is now under Cameron. Britain has always led the field in military technical innovation and out of the EU it shall once again excel reaching heights never dreamed of before.

The global situation now is nearing a climate of war, and to be shackled to a losing concept like the EU would drag Britain down further.

BREAK FREE! Dear friends, we must reclaim the ramparts! The time is to fortify, not to pander to socialistic niceties and croissants.

Most of all. When the time comes vote with your heart and soul. Do not listen to their propaganda, for that is what it is. The EU’s propaganda budget in mainland Britain is now in the multiples of millions, and they want you to question your country. They want you to falter and to be defeated. No! Do not let them in, for one second.

Remember Tahrir Square. The Egyptian people occupied that square until something was done. The vote is yours, you will occupy that voting booth and your hand will dictate whether Britain is free once again or forever doomed, shackled to a sick entity flailing in the darkness, bloated, corrupt and pretty much destined to the knackers yard.