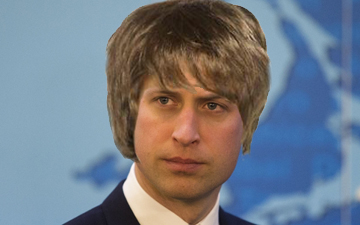 Tut tut for Prince William, the Duke of Cambridge has been scolded by some people for not making an appearance to either helicopter work or royal functions.

What is all this nonsense from the hoi polloi?

“I think it is symptomatic of the anti-royal sentiment emanating from the EU In crowd. These do-gooders are expecting the Prince, a new father no doubt, to work ungodly hours whilst dealing with two kids and a missus who has a penchant for massive spending. I think they should all shut up and get on with their own lives. What ever happened to knowing your place? These days too many people do not know where they belong and seem to think they have a voice or something. Bog orf!” a Kensington Palace insider revealed on condition of anonymity.