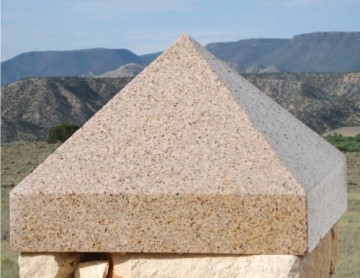 To flow like water is the strategy that ISIS adopts  shapeless, formless, getting into every point, crashing down violently if needed, flowing gently across all forms.

ISIS is the capstone of the Sunni pyramid and is the root of Islam as much as moderate Muslims may not like to think so, it encapsulates the writings of the Koran and its Hadiths implicitly. Shiites are seen by the Sunnis as apostates as they have adopted a modified bastardised version of the original Islamic text.

The all-inclusive society of the West is far easier to conquer purely because of its inclusiveness. Machievelli’s the Prince describes accurately why an Islamic nation is hard to conquer, this is because of the nature of the united slave-like structure of these nations whereas the West is severely fractured with many factions. Putting aside war torn Syria, which is now embroiled within an Islamic war between the Sunnis and Shiites backed by Iran and Russia, there are no borders to the so-called Islamic State, they seem to be able to appear and disappear at different points at will.

Currently the West is conducting a coordinated bombing campaign against the Islamic State, but this effort on the whole is fruitless as ISIS moulds itself into the background through its many networks.

European leaders seem to be clueless to the nature of the threat they face and are more concerned with their EU dream which as a utopia of socialism is more akin to a dystopian nightmare open to attack from all directions and within its borders.

There are people in Europe asking why they are being attacked? This is very simple to answer, it is because of a marginalised Muslim population who are excluded from the indigenous population. Muslims are hated reviled creatures, spat on in the streets, and the ones who overtly display themselves through their dress are hated the most. The French treat people who are not white and Christian as untermenschen, criminals, as untouchables, less than dirt. Naturally their opinion of Muslims is one of derision because the core of Islam is not compatible with their beliefs and practices, vice versa, staunch Islamic followers who are in the West are anomalies, completely removed from the rest of the population as they see their religion and lands attacked day in day out. One can see the clear delineated lines of this marginalisation in the ghettos of France and Belgium where the Muslims are kept.

The moderate Muslims who are put forward in the Western media to speak up against ISIS are probably viewed as apostates being used for anti-Islamic propaganda by the West.

During the second Gulf war, France stayed out of the coalition invading Iraq. The French were thus left alone at that time, but their actions in Syria now are seen as an attack on Islam.

The EU’s Schengen zone is a major route for those wishing to bring terror to European cities. The EU has, in effect, sealed its own doom with their free-flowing channel, which can only work in a period of peace and a happy population, of which they have none at the present time.

France’s adoption of Kurdish political ideologies and their support of terrorist groups like the PKK, PYD and Peshmerga is another reason France is under attack. There are of course many other variables, but the French support of the Kurds is a major one, especially when the supported Kurdish factions cut off major supply lines to ISIS as well as conduct terrorist attacks in Sunni Muslim populated mainland Turkey.

Why on earth would Turkish football supporters boo a moment of silence to commemorate the deaths of French civilians at a football match? Purely because the French detest the Turks more than anything else, and Turkey is now looking East not West because of this rejection, especially by the French hierarchy within the European Union. There were no minutes of silence for the innocent Turkish civilians killed by PKK terrorists armed and supplied by France is their chant. The EU has been holding a carrot on the end of a stick for far too long, and the Turks are now resolved to their existence outside the Christian club.

There is a profound ignorance in the West to the causes and effects of these current attacks in Paris, but the clinical drone strikes, especially on the Islamic State’s de facto capital city, Raqqa, killing key figures within ISIS are another impetus to attack the West in their cities. The feeling probably amongst ISIS is an eye for an eye, if they are attacked in their capital, they will do the same to the attackers.

Although Islamic State seems to be very well organised, they do not have the well honed socio-political structure that the Western nations have instead adopting a more fluid amorphous approach. They also do not have any airforce, satellites, communication listening devices that Western Intelligence agencies and the military apparatus hold.

It is safe to say that as long as there is mass immigration, war in Syria, social marginalisation, and a Schengen zone in the EU, there will not be a halt to the responsive acts of terror perpetrated by Islamic State forces.

Unless the West adopts an approach of complete warfare against all Islamic countries, particularly the Wahabi, Sunni original funding sources, then they can never defeat ISIS. Many countries are funding and manning ISIS and a war against ISIS would effectively be a war against the core of Islam, or the capstone of the pyramid. The supply of fighters grows with every bombing run, as a recruiting tool, this is unrivalled. The devoutly Christian Europe is once again engulfed in a Crusade against Islam.